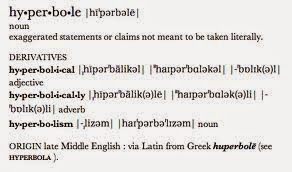 The biggest political punch-up of the week between the BBC and the Conservative Party, of course, was that between the BBC and George Osborne (backed by David Cameron) over the BBC's coverage of the Autumn Statement - and especially over Norman Smith's remarks on Today.

George Osborne said this about it:

When I woke up this morning and listened to the Today programme it felt like I was listening to a rewind of a tape of 2010 with BBC correspondents saying Britain is returning to a sort of George Orwell world of the Road to Wigan Pier and that is such nonsense.

I would have thought the BBC would have learnt from the last four years that its totally hyperbolic coverage of spending cuts has not been matched by what has actually happened.

What I reject is the totally hyperbolic BBC coverage on spending cuts. I had all that when I was interviewed four years ago and has the world fallen in? No it has not.

Such criticism of Norman Smith takes me back (again) to my old blog where I regularly used the word "hyperbole" to denounce "Anti-Tory Norm" - so regularly that I suspect he must have been reading my endless reviews of his reports and decided to throw in a use of the self-same word on The World Tonight. What made me to suspect that he'd done so was that he seemed never to have actually said it before, mispronouncing it as "hyperbowl".

How funny then that George Osborne should deploy the same word in criticism "Anti-Tory Norm" here - and that David Cameron echoed him! (I'm not suspecting this time that they've been scouring the internet for criticism of Norman Smith and found my old posts though because "hyperbolic" is obviously just a word that pops into some people's heads after they've heard Norman Smith doing his thing.)

What Norm said on that morning's Today bears re-printing. It is certainly full of hyperbole, stylistically-speaking: "hugely", "extraordinary", "joy", "hulking great mountain of pain", "huge, huge", "massive", "utterly terrifying", "a book of doom", "an extraordinary, cavernous financial hole", "yesterday's razzmatazz", "we could probably all do with a few Alka Seltzer this morning because there's a real feeling of the morning after the night before" and, of course, "you're back to the land of Road to Wigan Pier":

I think it was a hugely politically astute Autumn Statement but we could probably all do with a few Alka Seltzer this morning because there's a real feeling of the morning after the night before.

While there was a lot of enthusiasm on the Conservative benches and political joy at a lot of the popular measures, when you sit down and read the Office for Budget Responsibility report it reads like a book of doom. It is utterly terrifying, suggesting that spending will have to be hacked back to the levels of the 1930s as a proportion of GDP.

That is an extraordinary concept, you're back to the land of Road to Wigan Pier.

The scale of cuts details in non-protected departments will face cuts of roughly another third. You have to question whether that is achievable. We are told that 60 per cent of the cuts are still to come. We are facing an extraordinary, cavernous financial hole, which to some extent yesterday's razzmatazz around a politically popular budget rather glossed over.

There was a slightly Brownesque moment when the Chancellor came to read out the deficit figures and cantered over the figures for the next two years, when the deficit is going up, and plummeted on the figures by 2020 when things get better. He is clinging to these forecasts in five years time to divert from the hulking great mountain of pain we've got to climb up.

These forecasts are fine and dandy but we all know they are usually wrong. Chancellors invariably seize on these forecasts as a fiscal fig-leaf to cover up the embarrassments they face now. There are massive uncertainties.

Some of the proposals the Chancellor outlined, for example the Google tax – is that really going to claw in money, are companies like Google going to be so easy to get money out of, is productivity going to pick up. There have to be huge, huge question marks whether we are indeed by 2020 going to move out from out of the red and into the black. 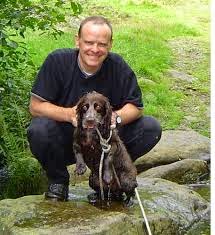 The case for Norman Smith here is that, ignoring his tendencies towards hyperbole, he's telling the truth about the political fallout from the Autumn Statement and what the OBR report says about the scale of the cuts and a return to 1930s levels of public spending and that if people don't like the message they shouldn't shoot the messenger and, as the Guardian puts it in its defence of the BBC, "it is absurd that a short, live two-way by one correspondent at 6am should be greeted by apocalyptic statements from Downing Street about the stance of the BBC as a whole".

The case against Norman Smith is that his hyperbole isn't just stylistic and that he's applying his own negative spin here, giving an account of the political fallout that wouldn't have displeased the Labour Party. Yes, the OBR said that public spending will fall to 1930s levels but it was Norman Smith who expressed the view that this is "utterly terrifying", doubtless giving vent to his own feelings about cutting public spending.


As for bring in Orwell's book about the bleakness of working class life during the Great Depression and implying that the cuts could result in a similar fate for present-day people over the coming years, well, Norman Smith is making a loaded statement - and when senior BBC political correspondents make loaded statements on matters of political controversy they should expect to be called on it.

Whether he's going to be proved right  though is something we can't know yet  - and it's being debated all over the place -  but it is likely to be just scaremongering, and scaremongering about the effects of the public spending cuts has been a constant criticism of the BBC from its right-wing critics, from David Cameron downwards, over the past four years.

Even the Guardian sort-of-conceded that Norman Smith was "on the wrong side of...the thin line...between a vivid description of a subject that might otherwise cause the listener to nod off, and crossing over into exaggeration."

John Humphrys leaped to Norman Smith's defence, saying that his reference to The Road to Wigan Pier was meant as "a joke". Well, colour me sceptical about that!

Simon Heffer, writing in the Mail, is scathing about Norman Smith in particular...:

To most people, Mr Osborne’s strategy is not only common sense but it is morally right.

But to Norman Smith, the assistant political editor of the BBC, it is ‘utterly terrifying’.

Ludicrously, he went on to suggest that public spending will have to be ‘hacked back’ to the levels of the Depression-hit 1930s.

As Dominic Sandbrook points out elsewhere in today’s Mail, modern Britain is nothing like the 1930s.

For a senior political correspondent working for our supposedly impartial national broadcaster to make such an observation is not just improper, but little short of outrageous.

It is vital in a healthy democracy for opinion-formers — especially those working for the state broadcaster — to analyse party policies fairly, and not to indulge in absurd historical parallels.

...but goes on to argue that it's a BBC-wide problem, calling much of its coverage of this subject matter "propaganda". He believes the government's earlier timidity when it comes to fighting BBC bias on the subject is finally crumbling and that they now regret not taking action against it earlier.

The government does indeed seem to be taking the fight to the BBC, along with the Sun, the Telegraph and the Mail. They all really seem to mean business this time. The BBC is clearly finding that "utterly terrifying", as well it might (as is the Guardian.)

I am a strong supporter of the BBC and believe that some of its output is world-class. But it needs to represent the view not just of the Hampstead Left but of the British people as a whole if it wishes to survive its charter renewal in 2016.