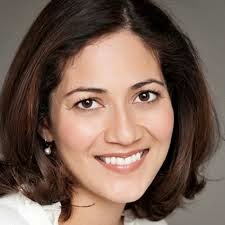 We've discussed before Mishal Husain's pushing of the 'We should be letting more Syrian refugees in' angle on 'Today' and, in the wake of that, her subsequent Twitter discussion with a highly appreciative Anna Musgrave of the Refugee Council, who is campaigning on the issue.

Mishal expressed a hope during that Twitter exchange that her reporting of the Syrian refugees' stories would "make [a] difference to what the world is willing to do" and ended by asking for Anna's e-mail address.

Mishal was back pushing the same cause on this morning's edition.

The pretext (so to speak) was that the U.N. was about to issue a call for wealthy nations to take it substantially more Syrian refugees, so, that that extent, a defence of 'newsworthiness'  could be made if anyone were to object; however, scanning Google News, it appears that Today went out of its way to make this one of its main subjects. Except for the Guardian, several hours later, no other media outlet has made anywhere near so much of the story (if reporting it at all).

So was it Mishal Husain herself who asked Today to make this a top story? If so, she is campaigning very openly on the issue now and the BBC is letting her.

The 6.10 spot was a discussion with BBC's Geneva reporter Imogen Foulkes. Mishal asked her what the U.N. was asking for and Imogen told her. That pushed the angle along.

The 7.15 spot found Mishal quoting a council leader calling for every one of the UK's boroughs to take in at least 50 refugees and then talking to a spokeswoman for the United Nations High Commissioner for Refugees. Mishal asked her two open questions (giving her the chance to expound her case) and then put one 'counterbalancing' question, none-too-forcefully. That pushed the angle along further.

The 8.15 spot found Mishal interviewing a Syrian refugee who has already been granted refuge by the U.K. That pushed the angle along further still.

Her story was a emotionally powerful one. She described being tortured by the Assad regime, despite being merely a humanitarian worker in Homs - albeit one who admitted taking part in opposition demonstrations. She expressed her hope that the situation would solve itself after the fall of the Assad regime.

No man with a heart wouldn't wish this woman well, if her story is true - as the British authorities evidently believe it is. But the thought crossed my mind as I listened that this woman placed all the blame for Syria's present woes on Assad. Why didn't she seem at all anxious about the vast and various ranks of the Sunni jihadist opposition forces also causing untold misery there? Why didn't she even mention Islamic State? And - a particularly curious and rather contradictory point - why was she freed after an intervention on her behalf by the Lebanese Shia terrorist group Hezbollah?

If any of these doubts crossed Mishal Husain's mind she certainly didn't choose to share them with us today.

Finally, after all this angle-pushing from one side, came was seemed like a chance to hear the opposing point of view.

Because no government minister was willing to leap to attention at Today's command (and Mishal sure as heck registered her disapproval of that fact!), she had to make do with former Home Office minister Alistair Burt.

She was soon interrupting him though (within a matter of seconds in fact) when he didn't immediately dance to her tune, doing instead what any loyal Conservative MP would do and defending the government's record.

However, as he was subsequently sympathetic to the problem on Mishal's mind, seemed reluctant to rule out taking in thousands of Syrian refugees, and didn't raise points the danger of importing lots of Islamic terrorist supporters or about Britain already being overcrowded, Mishal Husain thereafter gave him a fairly easy time.

He wasn't quite the opposing point of view that listeners might have expected.

Her own pursuit of an extremely questionable analogy with the Kindertransport mission, which saw the UK take in several thousand Jewish children from Nazi-occupied lands just prior to World War Two, took things to a remarkable new level.

And, thus, the cause Mishal Husain's heart seems set on pushing was duly pushed, as if advocacy is perfectly acceptable at the BBC.

And what did Anna Musgrave of the Refugee Council make of it? She was delighted, but wants more from the government:


Is this the last we'll hear of this from Mishal Husain or will there be even more of this apparent campaigning from her?
Posted by Craig at 21:56