Nothing to do with Islam

I have been watching Peter Kosminsky’s Channel 4 series 'The State' and also reading the reviews. They are diverse.

The Telegraph, for example, takes it seriously. At first  Michael Horgan approaches his 4 star review as if it were just any old drama.  Then he goes into the moral  issues.

“This wasn’t easy viewing but it was eye-openingly powerful. Based on exhaustive research and first-hand accounts, its authenticity shone through.” 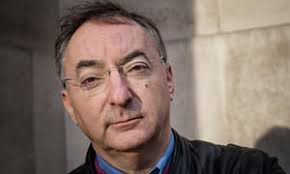 I understand that “Bafta-winning director Peter Kosminsky” is boasting that eighteen months of research went into the production. Well, good for him. What does that mean, though? Not a lot.

Remember his much praised four-parter “The Promise”? He and his team allegedly put a couple of years into ‘researching’ that, but he still came up with a biased and twisted portrait of Israel, past and present. Even more galling, he put himself up as an educator, taking part in online chats about the Israel - Palestinian conflict as if he sees himself as some kind of historian and authority on the Middle East. The public lapped it up. How many of the public who hung gratefully upon his every word are aware that not long afterwards Kosmisnsky was sitting on panels alongside anti-Zionist committees and PSC campaigners, denouncing Israel for all he was worth?

Christopher Stevens, reviewing the series in the Daily Mail takes a more robust approach. Firstly, he criticises Channel Four for not postponing the series in view of the recent terrorism in Barcelona. Then he says the film is making ISIS ‘cool’.

“It is sickening. But it isn’t the gore and scattered limbs that leave a tight knot in the stomach: it is the moist-eyed adulation as The State pleads with us not just to sympathise with the British jihadis but to love them.”

However, this is the part that the other reviewers are unlikely to mention.


“No one will be surprised to discover that the writer and director of the State, Peter Kosminsky, is not a veteran of the civil war in Syria. He did not carry out research missions to Raqqa and Aleppo.

In fact, middle-class film-maker Kosminsky is 61 years old and Oxbridge-educated, the epitome of the London media luvvie who is desperate to demonstrate that he is less racist than anyone else at his Hampstead dinner party. He’s been the subject of a South Bank Show profile by Melvyn Bragg. You get the picture.

The dialogue of The State gives him away at every moment. It’s Dad-speak, a middle-aged man’s failed effort to sound ‘down with the kids’, which parrots comical slang last used in the 1970s by the Bay City Rollers – words such as ‘super-cool’.

In tonight’s opening scene, one fighter waves his AK47 and shouts: ‘This is better than flipping burgers!’ It’s meant to be a victory shout – but instead, the line is fake, patronising and, in its assumption that well-educated British Asians like him are destined to work at McDonald’s, dismissively racist.

Kosminsky’s dead ear for dialogue is matched by his inability to smell out lies. Because all the scenes are based on second-hand research, they mirror the propaganda videos that cascade on to the internet, showing life under Sharia law. Much of the series consists of the director’s attempts to capture the camera angles common in phone videos of battlefields and marketplaces.

It’s baffling that a man who knows how the television world works – he won Emmys and Baftas for his adaptation of Wolf Hall, after all – seems blind to the crass manipulation of Islamic State’s official videos. Kosminsky believes that the choreographed beheadings and the carefully curated aftermath of bombings are true and accurate depictions of ISIS life.

Now, let’s be clear. We have only seen two out of four episodes and they are indeed compelling cinematically. My theory is that we might be shown the futility, the gore, the death and the dirt, but I bet the main message we’ll be encouraged to take away from Peter Kosminsky is that Islamic State (so-called) is a perversion of Islam.

There are already a few hints at that. For example “Single mother Shakira (Ony Uhiara)” who “wanted to deploy her skills as a junior doctor in a Raqqa hospital” is surprised to find that she must obey all the extreme modesty regulations and restrictions as an inferior woman, despite having much needed medical skills. The fact that she was unprepared for that situation seems highly implausible, but that aside, she is continually correcting her ‘masters’ over koranic principles. She knows more than they do about their religion!

Islam is not so bad after all! See? We’re going to be told by Peter Kosminsky (I’m prepared to stick my neck out here) that the real Islam is a peaceful religion, and has nothing whatever to do with ISIS.