BBC’s BIG NIGHT IN or “Just Give Us Your Money” 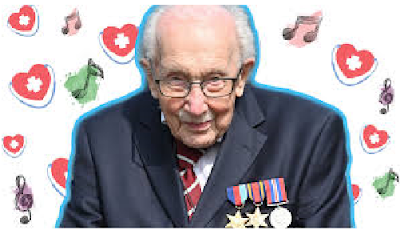 I heard Zoe Ball telling us excitedly this morning about the BBC’s Big Night In on Thursday evening 23rd April 2020. Just to check, I googled ‘BBC Children in Need Big Night In’ and there was an advert right at the top of page one:

… ’BBC Children in Need and Comic Relief are coming together, to raise money for people in the UK who need our support now more than ever.’ …

This has conﬁrmed my view that the BBC are strengthening their position, having weathered the storm at the turn of the year when they were failing to address accusations of political bias or issues over the licence fee. In fact the BBC is ﬂourishing and with it, its desire to create a ‘Radio 2 family’ (as Zoe Ball likes to call it), a “One Show family’, a ‘Zoom family’, an ‘NHS and Carers family’ a ‘Politics family’ (of only like-minded people of course), and so on. BBC favourite Michael Ball has already recorded “You’ll never walk alone” with Captain Tom. The public are generous - they want to help the NHS apparently - by spoon-feeding more and more money into the BBC’s hungry mouths.

These cosy groups are led by sentiment alone - and there is only the one sentiment: adoration of the those on the ‘front line’. The message is a simple one. These angels and heroes are being let down by the Government. Rarely is there any mention of their employers, who are the people who are responsible for paying wages and ensuring that they are in a safe working environment. This is a huge let-out clause for Public Sector, Charity and Care Agency employers.

The imbalance between public sector/charities and private enterprise might from now on become  irreversible. In order to ﬁnd a way through, taxpayers’ money is being directed towards public and care services, local authorities, beneﬁts etc, but how long before the likes of the National Trust, RNLI, NSPCC, et al require funds in the absence of donations and volunteers? This money will ultimately have to be paid back by taxes from the wealth creators of the UK - many of whom are being forced to twiddle their thumbs and to join in with the supposed euphoric mood.

The positioning of charities, including the BBC’s own, demonstrate a shift of revenues in their direction which in turn isolates many of the SMEs, who provide employment for the majority of the UK workforce.

The BBC’s political family is well-known as being anti Conservative and pro EU. Senior Guardian reading BBC staﬀ climbed the ladder of success during the Blair government years from 1997, and there is a wish to maintain those values - values that are never questioned as they are universally held within the BBC.

So when you are singing along with Peter Kay to Amarillo with the Big Night In, and you feel pressured into donating money to the BBC’s charities, bear in mind the following:

1. The BBC felt they were justiﬁed in reversing a decision to lose 450 newsroom jobs. Indeed, judging by the new faces appearing on TV during the coronavirus outbreak, it’s a fair guess that they have increased their workforce at a time when so many people are losing their jobs.

2. The relentless hostility of the BBC political reporters towards the Conservative Government.

3. A decision to end free licences for the over 75s has been delayed in its timing, not reversed.

4. The cries from the BBC for a Government of National Unity in which Blair, Campbell and Sir Kier will be put forward as saviours will in fact be a covert initiative to extend the Brexit transition period indeﬁnitely before mounting a campaign to rejoin the EU.

5. When the BBC Sports reporters have nothing to report, their jobs are not at risk. They are paid for by the TV licence. If they were to be furloughed, they would be paid for by the tax payer twice over, once through the TV licence and again via the (tax payers’) furlough scheme. The licence fee can never go down no matter what.

The sinister part of the BBC’s Big Night In is that it plays upon the public’s sympathy, whilst taking yet more money into its coﬀers. I don’t know how much it costs to get a Google advert placed right to the top of a page, but however much it is, the BBC must consider it to be worthwhile for the return it will produce.
Posted by Craig at 17:13