While I’m at it, (posting yet another slightly off-topic minority-interest screed) I might as well flag up this fascinating article by Con Coughlin.

While still trying to digest Col Richard Kemp’s comprehensive observations on the global implications of China’s relations with the rest of the world, Gatestone Institute has thrown another politically seismic situation at us that needs to be pondered over. 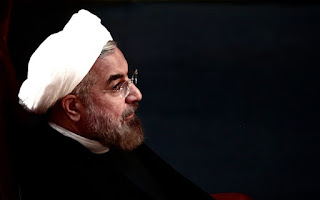 It’s Iran. The oil price has collapsed, coronavirus has hit hard, Iran is running out of cash and the Ayatollahs are losing control.

“The scale of Iran's deepening economic crisis is reflected in the regime's recent decision to seek $5 billion in emergency funding from the IMF, its first request for outside help since the 1979 revolution.

Iranian President Hassan Rouhani has tried to put a brave face on the latest setback to hit the regime, claiming that Iran is unlikely to suffer as much as other countries from the oil price drop because it is less reliant than others on crude exports.

If that were truly the case, then Tehran would not be asking the IMF for a bailout, and Mr Rouhani, together with Javad Zarif, Iran's Foreign Minister, would not be begging Washington to remove sanctions.

The truth of the matter is, for all the regime's attempts to claim it has everything under control, that the country is teetering on the brink of collapse, and the ayatollahs are fast running out of options to save themselves.”

Meanwhile, they’ve been demonstrating their technical prowess with the flamboyant launch of a military satellite, which has "successfully" gone into orbit. 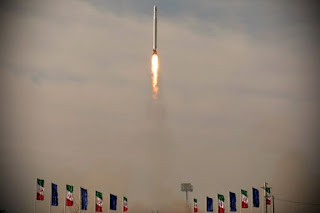 If anyone is interested in ITBB’s extensive back catalogue of Rouhani-related contributions from Craig and me, click here.    What could possibly happen next?