Lewis to the rescue 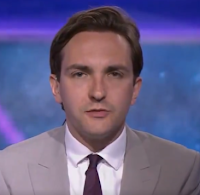 Let's have a conversation about the news:


Guido Fawkes: Every single interviewee on Panorama last night was a pro-Labour activist before the pandemic. Every single one. It was a party political broadcast on behalf of the Labour Party.
Iain Dale: I was about to watch this on iPlayer. I don't think I'll bother now. Nothing wrong with being a Labour activist but for a serious current affairs programme to interview them to the exclusion of anyone else is, well, an interesting editorial decision.
Christian May: This does seem a bit odd, to put it mildly.
Claire Fox: A shame. Whole tone of programme far too melodramatic and sensational IMO, but some good investigative work that it's important to reveal.  Dosing it with emotive, personal stories from front line workers who are all activists, may now discredit more useful journalism.
Alastair Stewart: The oddest thing about last night's BBC Panorama is that they clearly had a powerful story of ill-preparedness by the DHSC and the NHS and NHS Providers. They had suggestions of the turning of political blind-eyes. They even had the post-Cygnus data. My point was is that, given what BBC Panorama appeared to have, the programme didn't need to be 'filled' with 'activists' of any persuasion.

Let's not have  a conversation about the news: