Firstly, something has gone wrong with the Spectator link on our sidebar.

Having unsuccessfully attempted a series of fixes, neither Craig nor Sue have managed to reinstate it. So, for the time being, I’ll just have to link to Rod Liddle’s piece here, (£) and hope you’ll bear with me while I refer to it now.

I usually enjoy Rod’s stuff even when I don’t agree with all of it, but I was sorry to see him begin with what looked like a long list of tedious complaints about plod. The same stuff that Hugo Rifkind dragged out the other day, you know, drones filming antisocial ramblers in the Peak District and the abominable black Lagoon.

Times subscribers pointed out below the line that the black lagoon affair was merely the police’s way of deterring people from immersing themselves in the existing toxic swamp. I suppose if you did, you’d be irradiated AND (assuming you weren’t one already) simultaneously turned into a Person of Colour. 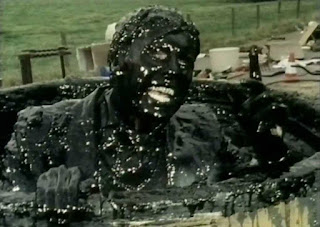 That, and the curtain-twitching snitches that were salivating at the prospect of seeing their neighbours acquiring criminal records for going outside on non-essential errands.

However, I was relieved to discover, halfway through, that Rod wasn’t having another gratuitous go at plod and Boris after all. In fact, he was quite supportive of the government’s ‘human’ if slightly wobbly navigation through the storm.

“The truth is we do not know. We don’t know and the experts don’t know. The epidemiologists are captured by their own paradigms and see only one small margin of what is a very large picture. Further, they change their tune with every day that passes. Fair enough — that is how science works. It is not pristine — it is practised by fallible humans, however admirable its methodologies. And science is never, ever, certain — something new always comes along, so we should always have our doubts.

However, Rod does dent his ‘no-one knows’ thesis a little when he vehemently dismisses Jonathan Sumption’s  proposition that the ‘cure’ for this pandemic may be worse than the disease by describing it as “the pompous meanderings of a glorified lawyer.”

But then back on track:

“the epidemiologists see only a small sliver of the bigger picture, Sumption — and I for that matter — can see only the occasional pixel.
To my mind the government seems to be navigating reasonably well between the imperative demanded by the scientists — who have skin in the game — and the rest of us, who also have skin in the game.”

We don’t know what’s going on, and it seems almost reckless and deluded to act as though we do. I haven’t watched much BBC, as others in the household keep switching to Sky, ITV, Channel 4 and even al-Jazeera, but I sense that the BBC has reined in its continuous carping at Boris just a bit. Or has it? At least, someone somewhere said they thought Laura Kuenssberg was holding back.

Let’s remember, Jeremy Corbyn might have been PM and thank the Lord for small mercies.
Posted by sue at 19:32