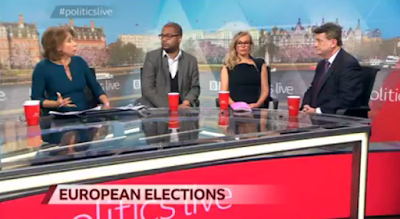 As it would take too long to transcribe in full, and as Sue has posted the full video of the interview above, here are just Jo Coburn's questions to Ukip leader Gerard Batten from Tuesday's Politics Live: