For fans of the BBC's labyrinthine complaints procedure, here are a selection of this month's Corrections and Clarifications from the BBC Complaints website. 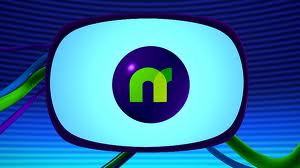 1. Guide: Why are Israel and the Palestinians fighting over Gaza?, Newsround website, bbc.co.uk: Finding by the Editorial Complaints Unit

Complaint
A visitor to the site complained that the item was misleading in three respects.  The reference to Israel having been “carved out of land populated by Palestinian Arabs” gave the impression that there had previously been no Jewish inhabitants of the area, the reference to Israel being “in control” of movements in and out of Gaza ignored the fact that Gaza has a border with Egypt which is not under Israeli control, and the identification of “whether or not Israel should exist as a country” as one of the “unresolved issues” was inaccurate and misleading.

Outcome
Bearing in mind the degree of simplification appropriate for an item intended for children, the ECU found that “carved out of land populated by Palestinian Arabs” was duly accurate to reflect a situation in which Arabs formed a substantial majority of the population and the Israeli claim was not based on recent occupancy, while the impression that Israel exerted total control over Gaza’s borders was counteracted by other information (both verbal and visual) in the item.  However, the ECU agreed that, in this context, the reference to “whether or not Israel should exist as a country” gave a misleading impression of the options on which efforts to achieve peace in the area have focused.
Partly upheld

Further action
The programme team edited the online video and will be mindful of the need for absolute clarity in any future attempts to condense such a complex story for the Newsround website. 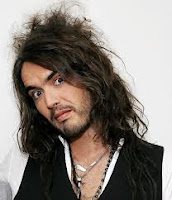 Complaint
We received complaints from viewers who felt Russell Brand was an inappropriate choice of guest during the newspaper review section of the programme.

Response from The Andrew Marr Show
The newspaper review is a forum for a range of different people to give their take on the stories in the newspapers that weekend. The programme uses a mix of journalists, commentators, politicians and other public figures and sometimes features entertainers. Russell Brand, although known to many as a comedian, has been vocal on a number of social and political issues. With that in mind the programme’s producers felt that Russell Brand might contribute positively to the discussion, bringing a fresh eye to the stories in the news. Several viewers have commented that they appreciated someone outside the usual mould of those chosen to review the papers: others have urged us to stick to the more traditional format. We appreciate that he’s proved a divisive figure, but feel it was worthwhile hearing from him on this occasion. 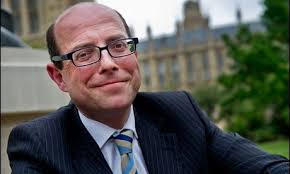 Complaint
In an interview about the figures for the Government’s Work Programme to be released later that morning, Nick Robinson said taxpayers were “slightly better off” because benefits were not paid to participants in the Programme.  A listener pointed out that participants do in fact receive benefits, and argued that the scale of the error was such that there should be a broadcast correction.

Outcome
The statement was incorrect, and Nick Robinson corrected it on his blog and Twitter page during the day.  However, the error didn’t come to the attention of the Today team until later in the week.  The ECU agreed with the Today team that, while there would have been a good case for broadcasting a correction soon after the item, the passage of time had rendered such action inappropriate. Nevertheless, the error represented a breach of editorial standards.

Upheld
Correspondents will be reminded that the relevant programme teams should be notified when an error is acknowledged or corrected.

Complaint
We received complaints from viewers who felt presenter Andrew Neil was too aggressive during his interview with the leader of the English Defence League, Tommy Robinson.

Response from Sunday Politics
The English Defence League has been demonstrating across the country in significant numbers following the Woolwich murder, and also stands accused by some of having inspired (or even be directly responsible for) the recent increase in Islamophobic attacks. Also, six men were recently convicted for having tried to detonate explosives at an EDL rally. Given that background, we decided to interview the EDL’s co-founder, spokesman and leader Tommy Robinson in order to give viewers a chance to understand more about the organisation through a testing interview. We believe the interview was editorially valuable.

As with all Sunday Politics interviews, we seek to present a true picture of the subject and the subjects under discussion with meticulous research and robust interviewing. This was the approach we took with this interview.

The item covered the history and ideological outlook of the group, its attitudes to Muslim Britons, its reaction to Woolwich as well as Mr Robinson's political and personal history, which was relevant material given his criminal convictions and the allegations of criminality on the part of EDL members. Given that the EDL is not a political party but a loose organisation, discussion of the character of the group and its leadership is particularly relevant. It was a robust interview, as our viewers would expect, given the importance and significance of the issues being discussed.

Mr Robinson had 15 minutes on BBC1 on one our flagship political programmes and had the opportunity to put his case forcefully and clearly which he did. It is true that towards the end of the interview, Mr Neil and Mr Robinson talked over each other a few times and we appreciate some viewers may have found this frustrating. However, we believe the interview was fair, forensic and well conducted.
Posted by Craig at 18:54