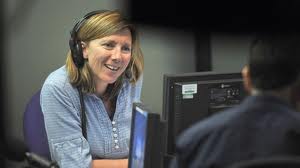 According to former BBC reporter Andrew Gilligan (of "dodgy dossier" fame), writing in the Telegraph, the BBC is guilty of swallowing and regurgitating a false narrative about a "wave" attacks on Muslims in the wake of the murder of Drummer Lee Rigby by two Islamist killers.

Some of you may have heard Sarah Montague's interview on Today with Fiyaz Mughal of the Tell Mama project, which - as the Today website puts it - " records Islamophobic crimes and incidents". Mr Mughal told of the "endemic fear" of Muslims as a result of the "backlash". The BBC's favourite "expert on far right groups", Dr Matthew Goodwin, was also party to this interview, blaming the EDL and BNP for encouraging inter-community conflict and tension.

The Today website states boldly, as if it were a fact:

There has already been a significant backlash against Muslims since Wednesday with many more incidents than usual reported.

This is simply not true according to Andrew Gilligan.

Please read his article and see what you make of his counter-evidence. It seems pretty convincing to me.

The majority of the "anti-Muslim incidents", Tell Mama tells the Sunday Telegraph, only took place online - not all originating from Britain. A few dozen more of the 212 total have yet to be verified:

Fewer than one in 12 of the 212 “incidents” reported to Tell Mama since Woolwich – 17 cases (8 per cent) – involved individuals being physically targeted.

Mr Gilligan chronicles a record of crying wolf over the issue, and argues that the same happened here:

Tell Mama is not Islamist...but part of its motivation appears to be an attempt to draw some of the sting from Islamist terrorism by equating it with the work of anti-Muslim extremist groups such as the English Defence League.
As Tell Mama’s Twitter feed puts it, “whilst we need to tackle the narrative of hate inspired by al-Qaeda, we also need to tackle the thuggery and hate of the EDL”. Mr Mughal insists that “both groups are significantly problematic”.
Loathsome as the white extreme Right is, however, there is clearly no comparison. No one in Britain has been killed by the EDL; 53 people have been killed by Islamist terrorists. White racists, unlike their Islamist equivalents, do not control key religious institutions or have a significant presence in British universities.
Over the past decade, half a dozen or so white British Right-wingers have been convicted of possessing explosives and other weapons. But all were loners not acting in concert with any group.
In contrast, there have, over the same period, been 150 convictions for Islamist-related terrorism in the UK, many relating to serious, carefully organised, often multinational plots against specific targets involving substantial numbers of people.
For some quarters of the Islamophobia industry, it has now become Muslims who are the main victims of the Woolwich horror.
But while some innocent Muslims have of course become victims, the main victim was Drummer Lee Rigby. And in overhyping the backlash, some in the Muslim community are playing right into the hands of his killers.

Regarding the BBC, he notes (in reference to Sarah Montague):


The media, especially the BBC, have accepted the claims without question. A presenter on Radio 4’s influential Today programme stated that attacks on Muslims were now “on a very serious scale”.

How does this reflect on the reporting acumen of the BBC? 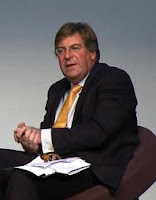 UPDATE (2/6): This morning's Sunday also featured an interview with Fiyaz Mughal of Tell Mama. Edward Stourton dug a little deeper into the figures, but Mr Mughal reiterated many of the same points he made on Today without being challenged along the lines of those closing paragraphs from Andrew Gilligan's article.

The programme then moved onto a report it headlined 'Synagogue saviours'. The "saviours" of that struggling synagogue in Bradford turned out to be a group of local Muslims. The chairman of the synagogue is very grateful to them. Reporter Kevin Bouquet allowed us to share in this moment of interfaith harmony.

Although it has featured many reports in the last couple of years on 'Islamophobia', Sunday has paid precious little attention to the issue of anti-Semitism in the U.K. - with the stand-out exception of an interview on the subject in the aftermath of the murder of Jewish children in Toulouse.

The U.S. State Department's annual report on international religious freedom features a section devoted to the United Kingdom which (so far as I can tell) has been ignored by the BBC - and has certainly been ignored by Sunday.

It says that there were more reports of anti-Semitic incidents (640) than there were anti-Muslim ones (631) here in the U.K. last year.

Shouldn't Sunday also be investigating the reasons for this apparent growth of anti-Semitism in the U.K. (up 5% on the previous year, according to the report)? Why dwell so much on one kind of religious hatred but ignore another?

UPDATE (9/6): Andrew Gilligan has now reported that Tell Mama is to lose its government backing over doubts over the veracity of its figures. He reports that Tell Mama has also been criticised for pursuing libel cases against critics, especially pro-Israel ones.
Posted by Craig at 23:03