Knell Keeps the Ball Rolling During Lull in Israel-Related Activities 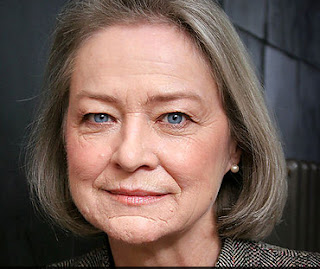 Nothing much happening in Israel/Gaza at the minute, apart from a momentary flurry of interest when it looked as though the action in Syria was about to overflow into the Golan. Of course Syria isn’t Israel, therefore of relatively minor interest to the BBC, but lest the Israel-bashing audience gets bored and drifts away, in the noble spirit of the keepy uppie, Yolande Knell ferrets out some human interest stories about Gaza. She’s only making sure the plight of the Palestinians stays fresh in our minds, and that Israel’s bogey-man image doesn’t fade.

Introducing Knell’s upcoming tale of fortitude, long-suffering and cheerful inventiveness by the citizens of Gaza in the face of gratuitous Israeli aggression, Kate Adie primes the listener. She picks up a sledgehammer with which to drive the message home.

“At the zoo donkeys are painted as zebras. It’s an example of How the people of Gaza get creative to overcome adversity.”
“ Thousands of Palestinians marched from Gaza City close to the Israeli border the other day to demand the liberation of East Jerusalem, which was occupied by Israel in the 1967 Middle East war.”

“Israel continues to impose sanctions on Gaza. Over the past decade more than a dozen of its citizens have been killed in rocket or mortar attacks launched from this Palestinian territory. The blockade limits the movement of goods in and out of the strip. Yolande Knell has been finding out how Gazans get by."

Blink and you’ll miss it, but that was your ‘balance’. “More than a dozen Israelis were killed over one measly decade? “Hmm, less than one per year” thinks the listener. 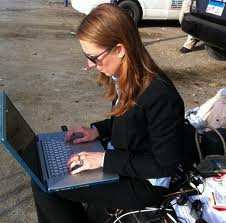 “It took more than three hours for Khalil’s fast food order to arrive. But he didn’t mind. When he was handed his bucket of golden fried chicken in a carrier bag bearing the familiar KFC logo, it was still warm, and he savored the smell.”

Yolande’s strategy is to give a name to the subject, so the audience can more easily picture him and identify with his plight. The picture is of a normal guy, "Khalil", jus’ like any other normal guy who eats greasy crap.

“Workers for the delivery company Yamamah, Arabic for ‘carrier pigeon’ had picked up dozens of orders from a KFC branch in Egypt’s North Sinai, about 50 miles away, but they had to make the risky journey through a smuggling tunnel under the border to bring them into the Gaza Strip.”

Intrepid start-up enterprise whose go-getting entrepreneurs use their ingenuity where lesser beings only despair? Bunch of Hamas-appointed racketeers profiteering? Who knows.

“Not long afterwards, special deliveries came to a halt. Hamas, the Islamist group that governs the Palestinian territory raised questions about food safety, and clearly weren’t happy with the image of Gaza that was being sent around the world.”

“Most of the 1.6 million people living here endure daily hardship and receive food rations from International agencies, their struggles largely caused by border restrictions that were tightened by Israel and Egypt in 2007, when Hamas, which refuses to recognise Israel, took control here.

Good Grief! Can we leave it there or need we mention the truck loads of supplies that trundle into Gaza from Israel, day in day out, or for the nth time explain why the restrictions are necessary?
When you habitually gloss over the genocidal aspirations of Hamas and omit to mention that it is a terrorist group that considers all Israelis to be legitimate targets, does Hamas’s refusal to recognise Israel seem a very big deal? Singling out merely the refusal to recognise Israel from the bran tub of other incriminating aspirations embedded in Hamas’s policies makes a mockery of explaining why there has to be border restrictions.

“The young entrepreneurs who founded Yamamah took the KFC setback in their stride.”
‘Keep calm and carry on’ is very likely their motto. Knell picks up her trowel once again:

“Over the last three years they’ve built a business that specialises in providing services that overcome the difficulties of everyday life in Gaza. On the streets of Gaza City the firm’s motorcycle couriers whizz past. They deliver anything from gas canisters to bank statements as there’s no local postal service.
“Business here is risky, but we try to think in a different way,” Yamamah’s owner Khalil Franji(?) told me. “The situation forces us to be inventive.”

I’m assuming the Khalil whose situation forces him to be inventive is not the one with the KFC.

“This small coastal strip of just 140 square miles has seen two fierce conflicts with Israel in less than five years."

Size isn’t everything to be sure, but Yolande doesn’t say how many square miles Israel is, or Jordan, Egypt, Lebanon or Syria, and since it’s common knowledge that the fierce conflicts she mentions were both ignited by activities from within Gaza, one might ask: if you don’t like it, why start it?

While border restrictions have been reduced, there are still regular power cuts and a ban on most exports. This constricts industry and unemployment is high, at around 30%. “

Rumor has it that the power cuts are self-inflicted, but perhaps Knell hasn’t heard yet.

“Yet, from the  donkeys painted as zebras at a run-down zoo, to the classic cars repaired for everyday use, Gaza specialises in tales of creativity in overcoming adversity.”

Donkeys painted as zebras, eh? “amusing,” thinks the listener reflectively. “those damned Israelis, blockading zebras  - out of pure malice,” he mutters knowingly to himself.

“The glittering Mediterranean sea is clearly visible from Beit Lahia, so it’s something of a surprise to find Ayad Allated(?) here in a large plastic tent checking on some half million fish that he hatches each year, in pools. “The idea for my fish farm came after the Israeli naval blockade, because of the limits on fishermen,” Ayad explains. “At first people in Gaza didn’t know about freshwater fish, but now every household’s tasted it.” Ayad recently began experimenting with a system known as aquaponics and has herbs and vegetables sprouting from pipes fed by the waste water from his fish.  He’s also helping the UN agency train local families to keep fish on their rooftops and grow crops. But not all
examples of Gazan ingenuity have a practical purpose.”

“When I met the relatives of Mohammad Barakat(?) this week I recognised them immediately.
Recently they starred on a comic video that he shot on his mobile phone. Gaza Gangnam style was yet another parody of the south Korean musical hit popularised on social media. I contrast to the fancy lifestyles in Gangnam in Seoul, Mohammad showed Gazans resorting to donkeys when their cars ran out of fuel, and football being played in a field partly obliterated in an Israeli airstrike. “Some people outside think we just fight in Gaza, but that’s not true” Mohammad says.”We wanted to show how we live here, but in a fun way."

Eat your heart out Charlie Chaplin. The pathos; we smile through our tears.
Next up: a Pallywood mobile phone production set amongst the rubble of former Palestinian homes randomly obliterated in an Israeli airstrike. “Is this the way to Amarillo”, starring balaclava-clad  Hamas fighters doin’ that elbow-waggin’ walk  with  Khaled Meshaal as Peter Kaye.

“And now Gaza has a new hero when it comes to changing perceptions.
A 23 year old singer from the Khan Younis refugee camp is through to the final stages of Arab Idol, the regional version of the Pop Idol TV contest. The story goes that he got stuck at Gaza’s Rafah border crossing with Egypt and arrived late at the place in Cairo where the auditions were being held. The doors were shut. He called his mum, who told him to jump over the wall. Once inside another contender heard him singing in a corridor and gave him his own audition slot. With his posters plastered across Gaza, whether he wins or not, his experience is being seen as another triumph during tough times.”

In case the sledgehammer hasn’t driven the message in quite hard enough, the moral is Gazans are just like you, Mr and Mrs BBC audience. They love KFC, reality TV, and hate the Jooos.