Repeat after me...Islam is a religion of peace 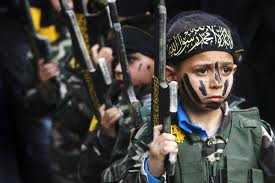 We've not had a post about Islam for a while, so here's what the BBC teaches our children about that particular religion and its attitudes towards war:

Islam: attitudes towards fighting and warfare

Most religions offer teaching on war and conflict. And over time religion has been at the heart of conflict between nations.

Muslim attitudes to war and peace are based on the teachings of the Qur’an (the Divine Book revealed to the Prophet Muhammad). There are two ideas in Muslim teaching that relate to war – Jihad (to struggle in the way of Allah) and Harb al-Muqadis (Holy War).
Islam is a religion of peace in which fighting and war are seen only as a last resorts:
"O mankind! We created you from a single (pair) of a male and a female, and made you into nations and tribes, that ye may know each other (not that ye may despise each other). Verily the most honoured of you in the sight of Allah is (he who is) the most righteous of you."
Surah 49:13 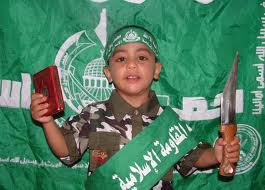 There are different levels of Jihad:
Jihad means ‘to struggle in the way of Allah’.
Greater Jihad is the way in which every Muslim makes a personal effort to follow the teachings of Allah (God) and to fight evil.
Lesser Jihad is when Muslims fight to protect their religion.
When the Prophet Muhammad was asked which people fought in the name of Allah, he said: "The person who struggles so that Allah’s word is supreme is the one serving Allah’s cause".
The idea of Jihad is often misunderstood by non-Muslims who then see Islam as not being a pacifist religion.

Muslims may fight in self-defence but are forbidden to begin a fight. The aim of fighting is to create a situation where Muslims are free to worship Allah and live in peace.
One aim of Holy War may be to create a democracy where people are free to live their lives without beliefs and politics being imposed on them. There must be no hatred or vengeance in the fighting. As soon as peace is offered, fighting must stop. Once peace has been restored the differences between people must be resolved.
"Hate your enemy mildly; he may become your friend one day."
Hadith

So now you know!


Here's the test they set. Please see how you fare. You'll find the answers below. (I didn't do too well!)