A view across the Straits of Florida 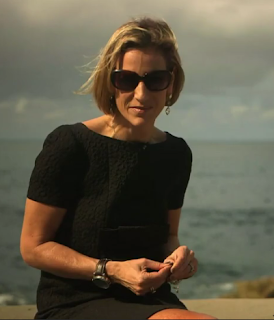 Last night's Newsnight saw Emily Maitlis give us a short editorial from the shores of Cuba:

Just 90 miles behind me lies the coast of Florida, and holiday home of America's new president - a man who holds Cuba's economic fortunes in the palm of his hand. Donald Trump's position on Cuba remains unclear, but enjoy this thought: The more tempted he is to tear up Obama's reforms the more likely they are to retrench an ideology here. Donald Trump then, an unlikely hero of Cuban socialism.


[She obviously meant 'entrench' rather than 'retrench' there.]

Emily immediately reinforced her point by talking to a Cuban-American historian, Mike Bustamante of Florida International University [whose name Newsnight's caption writer misspelt]. He echoed her sentiments closely. He said he feared that if Mr Trump was "very, very regressive" that would reinforce the hold of the "most conservative" elements in the Cuban government. "So Trump could end up doing Fidel Castro a big favour?", asked Emily. "Ironically, yes", replied Professor Bustamante.

A voice disagreeing with Emily's point of view wasn't featured.
Posted by Craig at 17:02