The way the media (the BBC and Sky) have been feasting on Boris’s recent outburst of candour was inevitable, because that’s the way things are these days. The media seems to revel in hypocritical moral outrage. 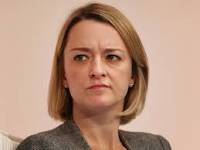 Laura Kuenssberg and Norman Smith were incandescent with malicious glee. Was Theresa May’s mealy-mouthed “not the governments position” really such a severe rebuke? ‘ Will Boris keep his job?’ they wondered delightedly, hoping for a resignation so they could chew on ‘did he jump or was he pushed’ for another week or three.

A few hours later and various people came out with, well, actually, Boris spoke the truth, and maybe it’s about time  someone said it.

I suppose the official line is that diplomacy means realpolitik.
Never mind. The BBC will soon be back to discussing sexual abuse in football.

I propped my eyelids up to watch Question Time last night.
Practice makes perfect, and Nigel Farage has mastered to perfection the art of laughing off personal insults. ‘Water off a duck’s back?’ He’s got the look off to a tee.

Of course everyone wanted to see how Will Self and Nigel Farage would interact. Will Self seemed battle-weary after a while. Maybe he’s getting fed up with himself? I was pleasantly surprised to read an empathetic piece by him about his friend Michael Shamash. It was even written in normal language. 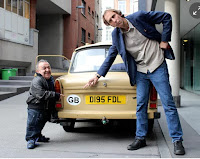 Sarah Woollaston even came out with a slightly regretful sounding admission that what Boris said was the truth.

Maybe everyone is changing their spots?

Here are some useful new words.