"Do we have a very biased BBC audience, do you think?" 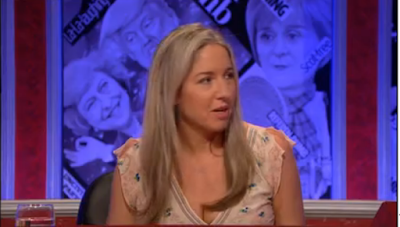 Here's a darkly amusing vignette from this week's Have I Got News For You. The BBC studio audience had just loudly applauded yet another anti-Tory joke when a thought popped into guest presenter Victoria Coren's head:

Victoria Coren: Now I'm worried about the applause. Do we have a very biased BBC audience, do you think?

Ian Hislop: It would be an outrage if we don't.

Victoria Coren: I'm already worried that I've made too many jokes about Theresa May and not enough about Jeremy Corbyn. Mind you, you say a bad thing about Jeremy Corbyn, you get enough shit on the internet if you're not Jewish, so...I think I'll leave it.