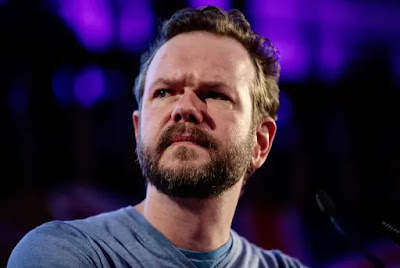 Douglas Murray illustrated his article about James O’Brien with a maliciously delicious picture. O’Brien is the only person I can think of who’s got cellulite on his forehead.
The fact that someone at the BBC saw fit to hire him as a presenter boggles belief. A mixed metaphor, but it’ll do.

Why did anyone at the Beeb think he was suitable for Newsnight? (Literally un-suitable, as in unable to wear a suit in the normal manner.) He's more at home in manky old T-shirts in keeping with his demeanour; rude, uncouth and obnoxious.
Posted by sue at 17:21