Does the Rule of Law Matter?

I rarely watch Channel 4 news and Krishnan Guru-Murthy’s interviewing approach is hardly my cup of tea, but having heard Justin Webb questioning Bristol’s Black Mayor this morning, I must say that I thought Channel 4 was the more probing of the two. Was Marvin Rees in favour of ‘direct (mob) action’ or was he in favour of upholding the rule of law?

Isn’t there a little inconsistency in a black mayor, who (let’s assume) had been democratically elected, speaking so unequivocally about institutional racism against black people? I suppose this is a case where the exception (dis)proves the rule, but nevertheless, someone might have pointed out the irony there.

“We have a statue of someone who made their money by throwing our people into water…and now he’s on the bottom of the water.” – Labour’s Marvin Rees, the directly elected Mayor of Bristol.

Militant black power (strongly connected to the Nation of Islam) is one of the most racist anti-white organisations that has ever been created. Having listened to Any Questions and Any Answers (which left this topic to the last minute) I gather that white people are collectively responsible for the murder of George Floyd, but it's unclear if anti-racism covers all forms of racism, or is merely a skin-shade type of thing. 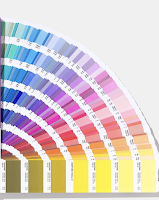 What if you're a little more olive-skinned than your average whitey? When schools used to send us those over-priced whole-class photos that we were expected to buy, our children’s little olivey-complexioned faces always stood out amongst a sea of pale-pinks and the occasional little black one.  Can you get a Pantone shade-card that determines whether your life matters or not?

I think I’m excluded from both white privilege and black victimhood, and these anti-racist demonstrators seem remarkably unconcerned about a whole lot of race-related injustices that affect people of all hues or are perpetrated by blacks.

Oh, and watching Labour’s democratically elected Dawn Butler complaining about racism on the BBC whilst the Labour Party is being investigated by the ECHR for antisemitism is another of the inconsistent messages that the BBC routinely lets the most hypocritical and obviously opportunistic BLM advocates get away with.


"The idea that the tearing down of Colston's statue was a reckoning with the historic crime of slavery is especially ridiculous. Britain has had its reckoning with the horrors of slavery. The entire West has. I bet you could not find a single person in this country who thinks slavery was anything other than an abomination.

[...] "Everyone knows how immoral slavery was. There is something deeply patronising in the idea that we all needed to witness the performative iconoclasm of the woke Taliban in Bristol yesterday in order to understand how terrible slavery is. Believe it or not, British people are not racists biting at the bit for the return of slavery.

[…]"Colston lavished money on Bristol. He funded alms houses, schools, hospitals. Some of these institutions are still standing. Tear them down? After all, they were built with the blood money of a slave trader.

Will Heaven has also written about this in the Spectator and ITV has even produced a shortlist of persons and institutions that, it could be argued, should be torn down and erased from history in accordance with the revisionist ‘black revolution’. Edward Colston and of course Cecil Rhodes, Sir Robert Peel and a plethora of street names.
Posted by sue at 12:52