Don’t speak ill of the dead 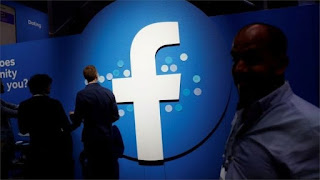 Nick Robinson speaks to Facebook’s Steve Hatch (1:51) about its new ‘no tolerance of hate speech’ policy.

“It was a post that said George Floyd was a horrible human being and that racially motivated police brutality is a myth.”

and  (interrupting the response)

“Forgive me, but my point to you was that this was not just ‘a’ post it was an M & S post …..the “top post in the United States!!” On the day of something that triggered riots!!!

“The top post that your algorithms had chosen to make was one that described a man that had just died - under police - er - control, as a myth - that racially motivated police brutality existed!!!

The BBC has descended into pure parody. Oh, Meggie Foster or Sarah Cooper - please, please do that; with appropriate facial expressions of course.