You're not alone (updated)

I wanted to read one particular article in the Telegraph so I subscribed to the one-month “Free” trial offer. It might have been due to something technical beyond my ken, but on 99% of the occasions I attempted to log on it wouldn’t let me. I saw that they’d taken a payment from me so I unsubscribed, eight quid the poorer. I’m still due a few more days’ residual access, (which I now seem to be able to enjoy) therefore I’ll make the most of it while I can.

Something has been gnawing away at the back of my mind ever since I saw it on TV. the other day. During yet another report about racism, we were presented with a description of a ‘racist’ incident that had occurred in a school. It seemed that young black girl had experienced a terrible example of racism, after which the mother was moved to complain to the school. The incident was described as follows:

“We were studying John Steinbeck’s Of Mice and Men and  a classmate read out the ’N-word' in class.” 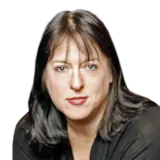 So I stole a chunk of Julie Birchill’s piece from the Telegraph because it seemed apposite. Well, I stole the whole thing, but I’ll give you just a taster and the link here. If you’re interested and haven’t got access, why not sign up for the free trial and remember to unsubscribe asap unless you feel the Telegraph is “worth it”

“As luck would have it, I’m writing a book called Welcome to the Woke Trials published by Constable in the spring of next year. You’d think that everything happening would make it a piece of gluten-free cake to dash off at top speed but I’m finding it something of an embarrassment (literally, for the perpetrators and capitulators when they look back on this shameful summer) of riches. Each morning I read back the previous day’s work – only to find that half a dozen new acts of idiocy have taken place while I slept. Writing this book feels like the fabled painting of the Forth Bridge: no sooner completed than in need of attention once more as you see a bit you’ve missed.
[..]
But now that I’m old, I’m no stick-in-the-mud. So here’s a suggestion: in the interests of harmony and time saving, shall we just cut to the chase and ban everything – every book, film and TV show, reinstating each one in turn only when a worldwide referendum has established that no one in the world is offended by them? Because surely if some people are offended by a statue of a man who led the armies that defeated Hitler, then they can be offended by anything; I fully expect Flat Earthers to start pulling down statues of explorers soon. Swan Lake has the good white swan and the bad black swan, David Bowie had sex with under-age girls, Manet used prostitutes, John Lennon used the N-word and Dickens was mean to his wife.”

While we’re on a roll Telegraph-wise, I saw something else there, relevant to this blog.
Nigel Farage: Broadcasters like the BBC are alienating their audience with 'woke' pandering

"A pattern has emerged within most of Britain’s mainstream media whereby a disproportionate amount of time is devoted to subjects which do not reflect the views or experiences of the majority. Often, this is a result of broadcasters wanting to appear so well-disposed to minority topics and groups that they over-compensate, alienating their core audience in the process.

In the case of Brexit coverage in the last few years, it has often seemed as though the 2016 poll – which was won by a margin of more than 1.25 million votes – simply never happened. The mainstream media’s role in delaying the instructions of the people being implemented by Parliament through fixating on what some Remainers wanted, and then agitating for a new battle to take place, cannot be overstated.

In the last few weeks, the BBC, ITV, Channel 4 News and Sky News have all shone a magnifying glass with great intensity on the issue of race because of the death of George Floyd in Minneapolis. […]

All of this is childish beyond belief. It has turned into a game of who can shout loudest. Reason has evaporated. This is because of the very simplistic terms in which the mainstream media has chosen to present this complicated argument, which has much to do with social class, among other things. When not being branded “racist”, anybody whose point is not deemed to be sufficiently “woke” has been silenced, often under pressure from commercial sponsors and advertisers.


Next, from the Spectator: The pitfalls of wrongthink  by  Laurence Fox (The actor)

“I, too, have come to the conclusion that I may never get an acting job again without expressing ‘correct’ opinions. While this probably isn’t the end of the world for you, it is a cause of some sadness and anxiety for me. Not least because I’ve always loved my job and also because I have two children who need dinner and clothes and a holiday once in a while. In my job there is a lot of waiting around and a lot of banter and more serious conversations that take place on set. Until very recently, my views on life were met mostly with good humour and, if not always agreed with, always respectfully tolerated.

The genesis of this rather bleak view of my prospects came after my appearance on Question Time, where I voiced (slightly exasperatedly) a heresy that I’m fairly confident is held by a sizeable proportion of the population. The heresy was that, far from being hounded out by the baying racists of this statistically very tolerant and diverse country, Meghan Markle might, just might, have left for other reasons. Having spent years around actors, a fairly common trait is an enormous ego and the desire to be the centre of attention. I include myself very firmly in this bracket. So with little mental gymnastics involved, I wondered whether her departure might have had something to do with her being denied the limelight she craved.”
[…]
A week later, I got a text from a very well-known young actor with a screenshot of a tweet of mine which read: ‘Every single human life is precious. The end.’ ‘Can you explain this to me?’ said the message. My phone rang; I picked it up and knew straight away that my friend and I were not alone on the call. I heard a quiet shushing, an awkward pause, the white noise on the line changed to speakerphone levels, the louder background and less intimate voice that give these things away.

‘Hey Loz… I want to really understand you… I mean… I defend you and as you know… I really love you… [You’re an actor, the only thing you love is the mirror, darling] but this… this is really hard…’
‘Which part of it?’ I said.
‘Can’t you see it’s just wrong?’ they said.
‘What?’ I said.
‘Loz…’ came the gently menacing reply. ‘How can I defend you, man? When you are saying shit like this?’
‘Shit like what?’ I said. ‘That every single human life is precious? Which part of that is problematic for you?’
‘It’s racist,’ came the reply.
Cue deep sigh. Let me say at this point that I firmly believe that most people take the BLM mission statement at face value and support it in kind. I’m aware that I am not black and have no concept of the lived experience of anyone other than myself."

There you go. If you’re in despair, you can take comfort from reading some of the non-MSM stuff that’s around. At least that makes you feel you’re not alone.

Update.
I must admit I only just noticed the blooper near the end of Laurence’s timely article. Did you spot it?


“We must be aware of biased media, including our own state broadcaster the BBC. It has moved from the Jeremy Bowen-style ‘show not tell’ reportage of old, to one that describes protests that led to hospitalisations and mass arrests as ‘largely peaceful’.”

While that example of wrongthink doesn’t sabotage his entire credibility, it certainly dents it with me. He could have picked a legitimate example of “show not tell” reportage, but I assume that would require delving deep into the BBC archives.
Sorry Laurence, but this self-inflicted gaffe exposes the gaping hole in your savvy.