As I'm prone to posting about BBC programmes broadcast on Sunday - especially Radio 4's Sunday - I thought it might be worth tracking a(n almost) whole Sunday's worth of Radio 4 programmes, and seeing what emerges. The following posts will be a blog diary of what results. (If I get bored, it will end prematurely).

Let's start at 5:43, this last Sunday. Yes, 5:43 in the morning, when you were all probably fast asleep, awaiting the arrival of your morning-after hangovers. 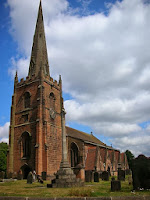 Here we heard the eight bells of St Mary and St Chad in Brewood, Staffordshire, pealing out very brightly. Ah yes, timelessly English! Yet, with my classical music hat on, it also sounded a bit like the kind of upbeat American minimalism exemplified by the music of Michael Torke. (Thought I'd share that with you.) No mournful bells these.

The one snag, as ever, was that we were allowed to hear a mere two minutes of bell-ringing. That's nowhere near enough. (Another complaint to the BBC will be going in about that.) Scrap Broadcasting House and give us an hour of Bells on Sunday instead! 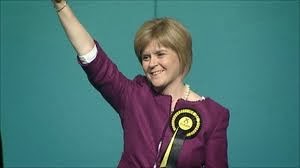 This was an early morning repeat for a programme broadcast the evening before, profiling the SNP deputy first minister of Scotland, Nicola Sturgeon. It was written and presented by BBC business reporter Lesley Curwen.

Sometimes it hard to imagine that the person being profiled by Profile would enjoy the experience of actually listening to the programme. This wasn't one of those occasions.

I would (figuratively-speaking) wager a small bet that Nicola will have been listening to it - especially as one of the programme's 'talking heads' was her own mum, Joan. If so, she will have had a pleasant quarter of an hour's worth of listening, hearing political friend and foe alike singing her praises. Besides Joan Sturgeon, we heard from her SNP colleague Fiona Hyslop, the political commentator David Torrance, and the (Lib Dem) coalition government minister Michael Moore.

Unusually, there was barely a shadow of sourness to be heard. Even Mr Moore was full of praise for her qualities as a politician.

The nearest we got to that elusive shadow was a hint that the very political Miss Sturgeon had a single, non-political obsession - that Danish...er...political drama Borgen (broadcast on BBC Four). That's hardly a bad thing of course. Such things humanise politicians - or, at any rate, are assumed to do. (Incidentally, Clive James also likes Borgen. He fancies the lead actress). 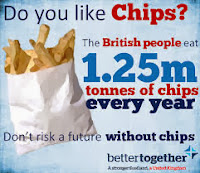 Nicola Sturgeon does appear to be a bit like a stick of SNP rock. She's been SNP since her mid teens, her mum's an SNP councillor and she's married to the present chief executive of the SNP.

The programme left us with the suggestion that the sky could be the limit for her, especially if the independence referendum goes her way.

Here's a joke that didn't appear on Profile but it's one that I'm sure (having a feel for such things) is guaranteed to have every red-blooded SNP supporter rolling in the Isles with laughter:

The SNP has stated today that every Scot would be six hundred pounds a year better off in an independent Scotland.
Or as it's been promoted north of the border...an extra 1300 units of alcohol.

In the next post (due this evening): Sunday, On the Farm and an edition of Something Understood which meditates on the subject of anticipation. Aren't you simply tingling with anticipation to read it?
Posted by Craig at 08:30