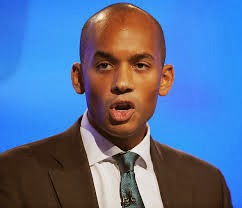 Interesting feature on Today with Justin and a defender of the London university ‘gender apartheid’ debacle.
I’ve boiled down the item till it’s reduced to half its volume.

Lady opens with famous burka manoeuvre - “who are we (UCL) to interfere with a woman’s right to wear/sit where she likes?”
Justin counters with “Women are probably coerced into choosing segregation”
Closing move: ”Libertarian universities can never ‘dictate’ rules.”

Labour business secretary Chuks in “Labour government wouldn’t allow gender apartheid”
(impliedly invoking Umunnity from own responsibility bringing about the problem in the first place.)
((By encouraging mass Muslim immigration without which aforementioned problem would not have arisen.))