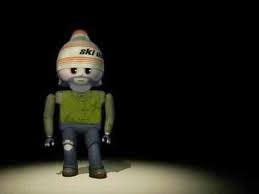 It's not that surprising then that a whole clutch of them - Mark Steel, "the renowned Jeremy Hardy" and 15 Minute Musical's Dave Cohen - is taking part in that dispiriting stunt, 'Bethlehem Unwrapped' (as Sue notes in her previous post.) Not surprising, but still depressing.

The majority of Radio 4 comedians are on the Left politically and they aren't shy of expressing their political opinions on BBC programme after BBC programme - from The News Quiz to The Infinite Monkey Cage, from The Brig Society to The Mark Steel Lectures. We're even 'treated' to their opinions on the likes of I'm Sorry, I Haven't a Clue and Just a Minute.

Labour's David Blunkett has it right: “Sometimes actually it isn’t comedy, it’s comment and current affairs in the middle of what is supposed to be a comedy programme. There’s a bit more of that going on at the moment.”

Nor are the Radio 4 comedians shy about being tediously predictable in their targets either: The Daily Mail, UKIP and Eurosceptics in general, the Bullingdon Club/Eton Tories, U.S. Republicans, coalition policies on the NHS and education, Putin, The Daily Mail, Michael Gove, and The Daily Mail. Oh, and for balance, Tony Blair.

Just last night, for example, David Mitchell's The Unbelievable Truth (one of those 6.30 Radio 4 comedy shows) got less than twenty seconds into its stride before having a dig at The Daily Mail, and this was preceded by Dave Cohen's 15 Minute Musical, which had Michael Gove and his education reforms as its satirical target.

15 Minute Musical is a clever concept and can be quite funny at times but, being a Radio 4 comedians' show, you always know where it will be coming from politically. There are never any surprises about that.

The targets for this series have been Simon Cowell, Julian Assange, Nigel Farage, Morrissey, Michael Gove and (tonight) Vladimir Putin.

The Julian Assange episode was, as you would expect, pretty sympathetic to the Wikileaker's cause. The Nigel Farage episode smeared UKIP as racist and its supporters as far-right and ended with a hymn to EU generosity towards the UK (as Nigel saw the error of his ways and embraced the EU) and the Michael Gove episode made all the usual cheap, left-wing digs about his educational reforms (as well as getting in a few of the usual Bullingdon Club references). Yes, the latter did also have a dig at Ed Balls, but for what? Yes, for promoting academy school - an attack, inevitably, from the Left.

The problem with the left-wing bias of the Radio 4 comedians is so acute (and so noticeable) that even the BBC - never an organisation to willingly 'fess up to bias - felt the need to admit that, yes, there is a problem.

The defence offered by Caroline Raphael, Radio 4’s commissioning editor of comedy, was that it's "very difficult to find comedians from the right"...

...which, with a shrug of its shoulders, thereby excuses BBC Radio 4 of any responsibility for the problem.

As a result, on marches that monstrous regiment of Radio 4 comedians, free forever to make their endless jokes about The Daily Mail, how posh George Osborne is, how racist UKIP is, how stupid right-wingers (and religious Christians) are, etc, etc, etc, day in and day out, with no counterbalance from the Right (or religious Christians).

That's great for them, of course, but not so great for those who don't share their point of view. Or for the BBC's reputation for impartiality.
Posted by Craig at 08:20