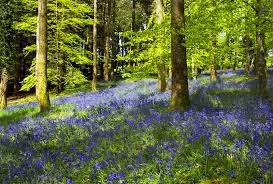 On a more positive note (and to change the subject), there was a lovely programme on Radio 4 this morning hosted by pianist and academic (and occasional Radio 3 presenter) David Owen Norris on the musical interests of the 'peasant poet' John Clare.

This episode, the first in a new series called The Playlist Series, had a fascinating subject, a likeable presenter, and three interesting (and interested) guests - and the music the presenter unearthed included a pleasant folksong, a delightfully smutty song and a particularly beautiful arrangement of another folksong as arranged by Clare himself in his late asylum years - a song with charms to sweeten anyone's solitude. I liked this latter piece so much I even tweeted him to ask him if it could be recorded. (Well, you can only ask.)

How sweet to be thus nestling deep in boughs,
Upon an ashen stoven pillowing me;
Faintly are heard the ploughmen at their ploughs,
But not an eye can find its way to see.
The sunbeams scarce molest me with a smile,
So thick the leafy armies gather round;
And where they do, the breeze blows cool the while,
Their leafy shadows dancing on the ground.
Full many a flower, too, wishing to be seen,
Perks up its head the hiding grass between.-
In mid-wood silence, thus, how sweet to be;
Where all the noises, that on peace intrude,
Come from the chittering cricket, bird, and bee,
Whose songs have charms to sweeten solitude.
Posted by Craig at 21:54