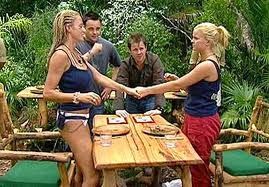 Slowing working through this morning's Broadcasting House and, with just two items down, there's already been a Bushtucker Trial's worth of bias from the programme, thanks to Hugh Sykes and Paddy O'Connell. So we've already had the kangaroo's willy and the witchetty grubs. What's up next?

...namely the tale of an Italian woman visiting Britain who was forced by a British council to give birth to her baby by caesarian section under the provisions of the Mental Health Act. (The father was Senegalese, I read elsewhere). The lady in question appears to be suffering from paranoid delusions (though that is disputed).

Was I being paranoid when I suspected that the council in the dock, which Paddy mentioned as Essex Council, must be Conservative-run, or BH wouldn't be discussing the matter?

Checking Google confirmed that Essex is indeed Conservative-run. (I'm Northern, so I'm never sure of such things - though I'd a pretty good idea!!)

Was this going to be a 'naughty Tory council' story? Or something much fairer and more interesting, discussing the ethics of the case in a balanced way?

Ah, Paddy's talking to a woman in a similar situation and she's giving her side of the case, highly critical of the way she was treated. Paddy is all ears and sympathy. Oh dear, it's going to be one-sided after all.

Still, I wonder what the other side of the argument is. How can it be justified to force a caesarian section on a woman with mental health issues? What was Essex Council's case?

I'd be very interested to hear that, as it seems like a gross intrusion by the state to me. I wish BH had allowed me to hear it.

Anyone for a baked spider?

Ah, here's Paddy again with news that the Kielder Forest over in't North East could become a 'Dark Sky Preserve' (Britain's first), if local residents agree to it. 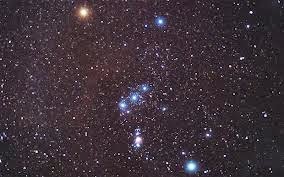 Now, I love the idea of 'dark sky preserves' and the chance to spend some quality time with the Milky Way, but this is a live issue and residents need to give their consent for it. Is there 100% support for it in the area (support which this consultation exercise will conclusively confirm), or are there arguments against this move and people resisting it?

I'm none the wiser about that because Paddy simply talked to another BBC presenter, Kaz Graham from Farming Today, about it. Both Kaz and Paddy said that dark skies matter, and Kaz presented only the case for it - all the benefits.

Gary from the Kielder Observatory then took Kaz around the site and expounded the case for 'dark sky' status again.

Nelson Mandela was up first. Paddy got Bonnie to read something from a piece in the Sun about viewers complaining about the BBC's  e   x  t   e  n   s   i  v   e coverage of Nelson Mandela's death. She called it "a tiny sort of story", and quoted the BBC's response, agreed with it, and ended by saying "it's one of the things that the BBC is for". Laura agreed, saying the extent of the BBC's coverage was "exactly the right decision".

Well, that's all right then. BBC-friendly people defending the BBC to the hilt shocker!

Actually there was one final mealworm-based snack - another 'Advent calender' entry, described afterwards by the BBC presenter as being "comedy".

I beg to differ.

Unlike last week's genuinely funny Mitchell & Webb sketch, this was a dreary Radio 4 comedian's rant - complete with extensive sneers at the the Daily Mail (and, yes, he really did call it the 'Hate Mail'). I didn't smile once. (I did think of suicide on several occasions though. It was that unfunny.).

I half-recognised the voice as I was listening. I should have instantly recognised it, given the dreary predictability of his 'humour' - and the dreary inevitability that Radio 4 would ask this particular 'comedian' to take part in its 'Advent calender' thing at some stage.

Yes, it was Marcus ****ing Brigstocke.


That man really must have something truly scandalous on the bosses at Radio 4. An ability to blackmail senior BBC execs is the only logical explanation for why Marcus (universally known as 'Britain's unfunniest man') is almost impossible to avoid on Radio 4.

He makes me want to give up atheism so that I can thank God for the off switch.
Posted by Craig at 19:41