The BBC is reporting more and more Muslim-related news, so they must be aware that something’s up.  Al Qaeda is flourishing in Iraq, Prince Charles has noticed that Muslim extremists are persecuting Christians in the Middle East (who knew he was so observant) Marks and Sparks has made some impracticable concessions to “Muslims” and Anjem Choudary has been “given a platform” on the Today programme.

Remember the ‘yes/no” game? You know, someone asked a load of quick-fire questions and if the contestant said ‘yes’ or ‘no’ a gong banged and the contestant had his head chopped off. Not really, but it was almost impossible to win. Such fun for the audience.

I think that was what John Humphrys was trying to do the other day when he failed to trick Anjem Choudary into saying  ‘condemn’ and ‘condone’ on the Today programme. Chouders knew he must not do so. They wasted a hell of a lot of airtime on this futile panto, when Humph should have been asking some penetrating questions that could easily have led to  Choudary hoisting himself on his own foreign policytard.

Instead Humph was trounced, and all because of a childish Paxo-tactic, forcing the issue into the siding of terminal futility.

What’s more, Humph must have known Choudary would never cave in, owing to the fact that he had demonstrated the same intransigence and stated his position clearly and unequivocally on another BBC’s platform - Hardtalk with Stephen Sackur  in May; only the particular atrocity he refused to condone or condemn at that time was different, namely the “London bombings”.

Humphrys’s fruitless pursuit of something that was never gonna happen wasted precious air time; time in which anyone with an ounce of gumption would have probed the precise nature of “the Muslims’ “  objections to “the government’s foreign policy”.

‘Foreign policy’ is blurted out tediously and predictably by angry Muslims because they know that citing it always seems to floor their BBC interlocutors or at the very least it put them on the back foot. Humphrys sank into defensive mode, started spluttering and all was lost.
Apologists for Islam use foreign policy blindly and uncomprehendingly to justify doing what the hell they like. Foreign policy, foreign policy, foreign policy. There! All they have to do is wait for the gong denoting victory.

It’s time the BBC’s ‘heroes of the devil’s advocate’ started deconstructing it rather than swallowing it whole. It should not be beyond the wit of a jobbing devil’s advocate to demolish this meaningless excuse of a grievance by thrashing out the specifics robustly and in detail. There are so many flaws and illogicalities to pick from that flinging a couple back should be a doddle. 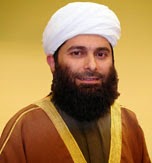 Shaykh Ibrahim Mogra, the BBC’s favourite kindly moderate Muslim gave the self same excuse to Ed Stourton on Sunday. Foreign policy.
“Rather than talking about the causes [the West killing Muslims] we seem to be talking about the symptoms of this difficulty.” says Mogra in silky tones. “Muslims see these things [the West killing Muslims] on the internet, and they get angry.”  (I paraphrase)

“There is no radicalisation in mosques. Move along now, nothing to see here.”   says the good Shaykh.

“When you actually engage with individuals who are expressing this anger and these grievances against foreign policy, if you start drilling down to the policy issues themselves they actually struggle to name the leaders in the conflicts and they are very very weak in their understanding of the history of the conflict as well.” states she, boldly.

“Interesting Ibrahim Mogra, essentially the foreign policy question is a vehicle for something else.”  ventures Ed.

Ah, now we’re getting somewhere. But “no,”  purrs Mogra. “When Muslims see pictures on the TV where there’s drones killing hundreds and thousands of innocent Muslims it’s bound to anger them....”   WTF? questions the listener.

“Do forgive me. I’m very sorry, but now we must ask some passers by where they think Jesus would be born if he were born today.” interrupted Ed with an abruptness that could genuinely be described as spooky.

This is a major issue of our times and yet what does Ed Stourton do? Cut it off just when it’s getting to the nub of the matter. Cut it off just so they could broadcast some inane vox-pops?
Did someone in the edit suite (is there one?) pull the plug, or was it down to Ed’s discretion? Was the interview pre-recorded?  The mind boggles.