Can you tell me how to get/How to get to Brexit Street? 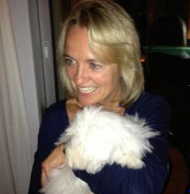 There was another Brexit Street report from Emma Jane Kirby on last night's PM.

Put briefly (for those who haven't heard any of it yet), Brexit Street is a new, long-term Radio 4 feature intended to monitor - over weeks and months (and possibly years) - the effects of the Brexit vote on a single street in a town near Middlesbrough...

...a town the programme explicitly intends us to see as representative, even though 75-80% of every one of the streets residents featured so far on PM isn't in paid employment (and, thus, are far from representative of either this particular town, or any UK town, or Leave voters as a whole).

Emma Jane's first two reports crescendoed towards talk of (and complaints about) racism in the wake of the Leave vote, and last night's (third) report focused on the targets of some of that racism (including racist attacks apparently coming from the white residents of Brexit Street).

We heard from the many asylum seekers grouped (often in large numbers) in at least three houses on Brexit Street.

(Again the question arises: How representative a street is this?)

Some were very hard to listen to (being upsetting).

We also heard of the "complete culture shock" suffered by some of them,

Iranian asylum seeker, carpenter 'Jabad', "with a bewildered glance at his friend Mustapha",  told Emma Jane: "Everywhere you go in this place you can smell dope...In the afternoon everyone seems to have a bottle with them. Whether it's wine or beer everyone's always got something to make them high".

Jalad also complained that few on the street work and that they exploit benefits - something listeners to the previous Brexit Street reports (on mainly Leave voters) might suspect is true.

Unlike people like him, who are "looking to the future," the 'natives' are "living for today", said 'Jabad'.

Mustapha is unhappy at not having his wife and children. 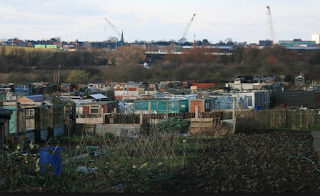 However well-meaning her reports, Emma Jane Kirby's Brexit Street series is (so far) turning out to be a complete travesty of 'BBC impartiality'.

In no way is this street representative of the Leave-voting parts of the UK. It's an extreme example (in more ways than one).

And it's implying that some Leave voters on the street are attacking distressed asylum seekers living next door to them.

And it's also pushing the 'the EU has poured funds into this region, don't you realise that?' meme too (for good measure).

And it's allowing 'Newsnight audience types' to feel good about themselves and sneer at low IQ Leave-voting racists (on Twitter).

I don't doubt (as it's a balmy Saturday evening and I'm "high" on wine [sorry 'Jabad'] and probably feeling overly charitable) that Emma Jane believes that she's reporting back from a representative Leave-voting street...