The Chakrabarti report and other disasters 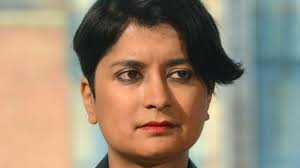 Believe it or not, I often refresh my brane by looking (through my impartial spectacles) at arguments diametrically opposed to my own. We all know how easy it is to slip into the habit of confining yourself to your own circle, if only to snaffle new currency to revitalise your tired old arguments.

So many articles have appeared about the Chakrabarti fiasco that I wasn’t even going to add to the verbiage, but on the other hand, I didn’t think hiding in a cupboard would look much better. I’ll leave the disastrous launch to everyone else, incriminating videos and all, and stick to the other disaster - the allegedly inadvertent insult within Corbyn’s speech.

I admit I only skimmed Shami’s report, but from a quick perusal I got the impression that it was largely autobiographical. Also, it seemed to me that she was trying to create a new, cast-iron definition of antisemitism of her own, a task that has defeated many better qualified minds than hers.  Was it necessary to reinvent the wheel instead of looking at the recent antisemitic outbursts and analyzing the underlying zeitgeist in the Labour Party? I thought the inquiry into antisemitism in the Labour Party was originally set up to investigate antisemitism in the Labour party.  It seems to have migrated, transmogrified into something rather different.

However, John Mann MP, a supporter of Israel, praises Shami’s work, which surprised me.
I wonder if he was flattered that she followed several of his recommendations. Maybe it got better as it went along?
In my view, banning the word "Zio” will only generate a substitute euphemism.

Shami recommends that: “Labour members resist the use of Hitler, Nazi and Holocaust metaphors ..” which looks almost as though she believes that the temptation to use such terms is practically irresistible - you know, naughty but nice! And they say Jeremy was never a great wordsmith.

Shami has taken full responsibility for Jeremy Corbyn’s infamous comparison between Israel and Islamic State. She thinks it’s merely a re-worded version of a paragraph in her report. By way of an explanation a commenter called Peter contributed this:

“And just in case anyone is in any doubt, below is the substantive point that the author of the report made, and which the Labour leader was referring to (the below text is taken directly from the report):

‘To suggest, for example, that all or most Jewish people are wealthy or interested in wealth or finance or political or media influence or less likely to be of the left or likely to hold particular or any views on the subject of the Middle East is a classic stereotype. Equally, to doubt the political or national loyalty of a Jewish person on account of their actual or perceived connection to fellow Jews elsewhere around the world including in Israel is (unwittingly or otherwise) to tap into an age-old antisemitic conspiracy trope that will inevitably and understandably leave your Jewish friends, neighbours or fellow activists feeling vulnerable, excluded and even threatened.....

Similarly, I have heard Muslims (en masse) being derided as inherently sexist and/or antisemitic and potentially of split or dubious loyalty in the context of Party membership and political participation. Once more, they are sometimes expected to explain and condemn the actions of Isis or particular terrorist acts before, or more vehemently, than anyone else. This is simply not fair.”

Let’s look at that statement.The first paragraph is all well and good. Peter may be right. Shami was doing what Shami does, bringing an imaginary Muslim equivalence into all matters related to Jews and Judaism.  It’s her way of ‘testing’ an argument, and it throws us back onto the insoluble, catch 22, circularity of the status quo. (Antisemitism is racism.  Islam promotes antisemitism. Accusing Muslims of antisemitism is racist.)

People like Shami believe every example of antisemitism must be compared with a similar example of “Islamophobia” in order to test its validity.
To Shami this is fair, but supporters of Israel and critics of Islam see it as constructing an unnecessary and inappropriate moral equivalence. That is one reason why Shami was the wrong person to conduct this inquiry.

As for Jeremy Corbyn’s reworded version of Shami’s essay, well, what can I say.

“Our Jewish friends are no more responsible for the actions of Israel or the Netanyahu government than our Muslim friends are for those of various self-styled Islamic states or organisations.”

If you’re going to create an analogy to explain the unfairness of mindlessly associating one thing with another, you could take (as in this case) “Jews” and “Israel”, and compare them to two other benign things that are often unfairly linked. For example:
“Our Jewish friends are no more responsible for the actions of Israel or the Netanyahu government than our feathered friends are for....the fashion for fascinators”

Well, I couldn’t think of a good example, but you see what I mean. Why was it necessary to bring Muslims into it at all? And after all, the analogy he presented pitted "Jews" and “something bad” against "Muslims" and “something bad”.  Not all of us agree that Israel is something bad, or, for that matter, that the Israeli government is doing anything more than protecting its citizens from something that is extremely bad.

And it all leads back to the BBC and the way it has successfully demonised the Jewish State till it automatically becomes “something bad” in the minds of the gormless and the uninformed, and when Jeremy Corbyn speaks as if that is a given  no-one bats an eyelid.

Somewhere online, in a comment or in an article, it was pointed out that only Corbyn and his strategists could have turned the launch of a serious report about antisemitism in the Labour Party into another bog standard promotional event for the politics of Jeremy Corbyn. Good point. They’re unstoppable.
Posted by sue at 21:11