This week's New Statesman is a post-referendum 'special edition'. 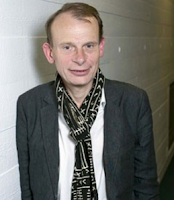 Andrew Marr's piece - "How a monumental establishment cock-up led to our biggest act of democracy" - is an expansion of his 'editorial' on last week's Marr programme. He even quotes Chesterton's poem containing the famous lines, "For we are the people of England, that never have spoken yet." The 'new' thing here is his latest prediction for where we're heading politically:

My guess is that parliamentary chaos and an overwhelming sense of drift at the centre of politics will propel us into an election later this year or early next year. If so, that will mean that, tactically, the Brexiteers, who don’t want to trigger Article 50 just yet, must do so before the people are asked for their view again. [He seems to be presuming that the people are likely to give a different answer].

And, of course, if it turns out that George Osborne’s blood-curdling warnings about jobs and investment turn out to be even half accurate, then those same cheerful gentlemen will have many personal apologies to make to people who do lose their jobs, or see prices rise and their pensions fall. There is plenty of anger still to come. 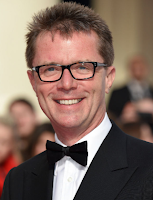 Nicky Campbell's piece shamelessly sings the BBC's own praises. He claims that everyone at Radio 5 Live wasn't remotely surprised by the result of the referendum. Why? Because of what's been happening during phone-ins. Up until 23 June, the fervour was coming from the Leave side. After 23 June the other side became fervent too. The Radio 5 debates have been great. "We pride ourselves on reaching far beyond the confines of metropolitan England," he says. (Self-praise is no praise, Nicky). 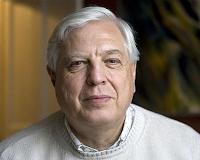 Both Andrew Marr and Nicky Campbell are careful not to sound like the kind of BBC types that 'people like us' are meant to imagine. John Simpson - that great, veteran 'voice of the BBC' - doesn't give such concerns even a moment's consideration and it's not hard to guess how he voted in the EU referendum.

I think I need to quote at some length here (though it's only a fairly small part of a long piece):

Forty-one years later, the sheer nastiness and mendacity of the 2016 campaign was, by contrast, stunning. So was the careless way many people wandered into the voting booths to vote on the entire future of their country. “Oh yes, I voted Leave,” a specialist at a big NHS hospital told me. “Well, I couldn’t make my mind up, it was all so complicated, so I plumped for No because I thought it’d make life more interesting.”

An opinion poll carried out immediately after the result was announced indicated that seven out of ten Leave voters hadn’t thought the referendum mattered very much. In comparison to 1975, we seemed to sleepwalk our way to a decision that could have the utmost consequences for the lives and prosperity of our children and our children’s children. “I hate the f***ing old people of this country for what they’ve done,” an engineering student at a notably gloomy street party in Oxford said to me afterwards. Another explained in some detail how the funding of six graduate students he knew would be cut off almost immediately. All of them, he said, would now apply to US universities for jobs there.

We didn’t appear unduly shaken by the murder of a young and immensely promising MP by someone apparently stirred up by the issue. “Britain first” or “Put Britain first”, he is alleged to have shouted as he shot and stabbed Jo Cox to death. To him, it seems, she was a traitor for wanting to remain in Europe.

In the two centuries since 1812, only eight MPs have been murdered – six of them by Irish republican fanatics, one by a lunatic. Jo Cox seems to have been the first MP to be killed for personal, reasoned views. Did this change the campaign? A week later, she seemed almost to have been forgotten. When the news of his victory came through, Nigel Farage had put the memory of her murder aside to such an extent that he could say the referendum result was a revolution achieved “without a shot being fired”. He apologised later, but perhaps it showed how far from the forefront of his mind the atrocity had been.

John Simpson surely is 'the voice of the BBC'.
Posted by Craig at 21:10