Why only the Palestinians?

I wrote about  this the other day, but it was buried deep within a post and maybe you missed it, so I’m mentioning it again because it still bothers me.

I’m referring to the debate in the HoL that took place on 21st July. The topic was one our politicians return to again and again. “Palestine: Children”

This obsession with “Palestine” and Gaza must come from somewhere.  What’s it all about? Why? Of all the gin joints in all the towns in all the world? Of all the children whose lives have been blighted by war, famine, religious fanaticism, parental cruelty and neglect, why especially the Palestinians?

Maybe one shouldn’t take it seriously. After all, many of the speakers seemed confused. One could forgive the geriatric ones for that faltering delivery, that mispronunciations and the dubious statistics. One might dismiss it all as the witterings of the aged and infirm. The poor dears.

“That this House takes note of the conditions in which Palestinian children are living and the impact on their health and wellbeing.”

I’m not totally au fait with HoL tradition, so there may be a point to this debate, but it eludes me. What’s it for? A group virtue-signal?

“My Lords, I am pleased to have this opportunity to put on the parliamentary record the appalling conditions under which Palestine’s children are living in both the blockaded collective prison of Gaza and the 50-year military occupation in the West Bank and east Jerusalem.”

Okay, he wants to put something on record. Does he think that Palestine is now a State?  Many of these old duffers have been enticed by Caabu. Invited to tour the region, where they’re given the full works. They come back full of indignation, ready, willing and able to spread the word. “I’ve just come back from ‘Palestine’ and I’ve seen it for myself” they announce.
So it’s not very surprising that they regurgitate streams of undiluted Palestinian propaganda. What is surprising is that they are willing to do so without realising that there is another side of the story, or even considering that there could be one.

They’ve got it into their heads that Israel is populated by bloodthirsty fanatics that thrive on torturing innocent Palestinian children. They must already be receptive to that, otherwise they’d surely question some of it. Wouldn't they?

Lord Warner’s lengthy opening statement was nothing more than a monotonous list of dubious, out of context cherry-picked statistics taken straight from Israel-bashing organisations like UNWRA and other pro-Palestinian groups.
He wound up his speech with this:

“The Minister may also wish to clarify at some stage why the House of Lords Library briefing for this debate was withdrawn after being put up on its website for about 24 hours. I beg to move.”

He’s not the only one who’s puzzled by the mysterious disappearance from the library of this briefing. Who dunnit? Mrs White, with the dagger? 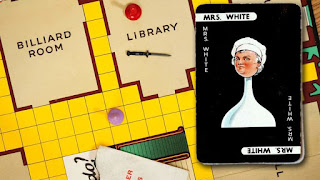 NGO Monitor is puzzled too. They say it’s available on unofficial websites, but I wasn’t able to find it.
I don’t know who the authors are, but NGO Monitor says:

“The authors present a narrative of Palestinian suffering as a result of Israeli security policies, without examining the means available to protect Israeli civilians from Gaza-launched rocket barrages and terrorist attacks. In addition, the role that Palestinian violence, corruption, and mismanagement contribute to the wellbeing of Palestinian children is ignored, as is the widespread exploitation of children (child soldiers) for attacks against Israelis.

This narrative reflects an ongoing, multiyear political campaign in which political advocacy NGOs (non-governmental organizations) are central participants. The objective is to demonize Israel by alleging abuse of Palestinian children.”

On that particular day the Israel-bashing speaker with the most notorious history of anti-Israel activism was Baroness Tonge. Her speech was singled out by the Jewish press because of her outrageous allegation that Israel was a major cause of Islamic extremism and Daesh. 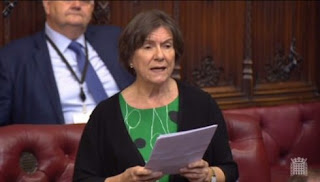 However, it was a typical Tonge rant, and, almost mild in comparison to some of the antisemitic themes doing the rounds in academia.


In fact her rant wasn’t much more pernicious than the rants of some of the others and at least the four speakers I highlighted in my previous post spoke in Israel’s defence, which  is not always the case in these Israel-bashing debates.
Lord Polak, in particular, set out a pretty comprehensive counter-argument.

The trouble is, these debates are not interactive or reactive. They’re just a series of statements read out, one after the other. Responses are not required, concessions are not expected. Lord Polak could just as well have been talking to himself. Everyone just carries on as before, happy that they’ve done their bit and can retire, knowing that their virtue has been well and truly signalled.
Posted by sue at 22:48