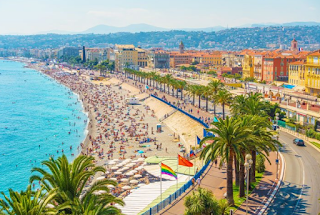 As well as reporting the start of the failed Turkish coup attempt, last night's The World Tonight on Radio 4 included more coverage of the atrocity in Nice.

It exemplifies the BBC's familiar, 'liberal' way of covering such stories.

First came a report from Manveen Rana. She talked to a member of a local mosque and to the Guardian's John Bryant. The mosque member expressed his concerns about the "right-wing" (Nice's authorities) and the "extreme-right" in the light of the killings. Mr Bryant talked of "undercurrent of racism" ,"troubled communities" and how Muslims there feel that they are treated like "second-class citizens". Manveen Rana's question to him included the following:
Then came Shaun Ley's interview with Rudy Salles, deputy mayor of Nice - a member of the New Centre party (aligned with the liberal group in the European parliament). M. Salles was critical of the socialist government's handling of the security situation. He wants a tougher response. He said, "It's not Muslims who are the problem, it's Islamism which is the problem"..."98-99%" (of it) is "a quiet community, a fair community...but 1-2% don't want it".

Finally came an interview with the controversial Islamic scholar Tariq Ramadan. He criticised the French government for their "very, very dangerous" language and for jumping to conclusions about the motives of the killer. He seemed to think that the facts will show that the killer was a mentally-disturbed man with many personal problems, a man who had "nothing to do with religion", who wanted to commit suicide and decided to take as many people with him as possible.

This is how Shaun Ley introduced him:

Tonight in an interview with French television Manuel Valls declared of Bouhlel, "He's a terrorist probably linked to radical Islam in one way or another". Given that France's intelligence services knew nothing about him before last night it's a striking statement. And it is exactly the sort of political response that Tariq Ramadan fears. An academic, he's president of the European Muslim Network and spends much of his time in France. When we spoke a little earlier I asked him about the impact of a succession of mass killings in France involving Muslims, at least some of whom have invoked their faith in self-justification, is having there.

And these were the subsequent questions asked:
The BBC is nothing if not consistent in such things.
Posted by Craig at 15:14