A blast from the recent past 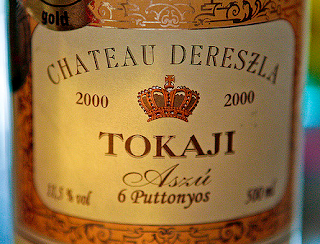 Regular readers of our little blog will perhaps recall our previous posts about the BBC's eloquent Central Europe correspondent Nick Thorpe and his many impartiality-busting reports about Hungary and the migrant crisis (and Brexit).

His support for non-European migrants illegally entering Europe and his disdain for those who oppose their coming (the Hungarian government, the bulk of the Hungarian population, many Hungarian churches) is something his BBC reporting has never bothered to disguise.

I've not heard him for a while but there he was on today's From Our Own Correspondent and a warm breeze of bias-filled nostalgia wafted across the Danube towards me like a memory of Tokay (a false memory as I've never been lucky enough to sample any).

I listened to him bang on about the migrant situation again this morning - his voice lowering as he described the baddies who oppose the mass entrance of people with names like 'Mohammed', his voice lifting as he described those making it through Hungary's tough anti-migrant measures (including some he's happy - on what didn't some like very long's acquaintance - to call his "friend") and those helping them do so.

And those Christian churches who don't want to bring in those migrants en masse are failing to show Christian charity, according to the BBC's Nick today.

If you read BBC Nick's Twitter feed (which he doesn't link to the BBC, despite his own website saying he's been the BBC's Central Europe correspondent since 1996), you'll see that he's no more impartial there. He's pro-immigration, anti-Brexit, Islamophile, pro-Soros, anti-Orban, etc, etc.

If you then read the detailed posts we've posted about Nick Thorpe, you'll find most of those views reflected in his official BBC reporting.

Maybe, it's his eloquence and mellifluous voice. Or maybe it's just the BBC being the BBC.
Posted by Craig at 21:57