Who to believe (yet again)? 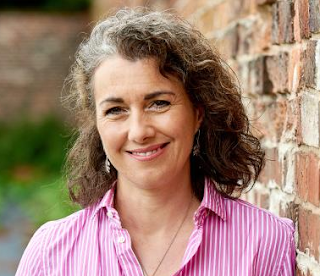 When I woke up this morning and read the newspaper front pages on the Sky website, I wondered which of them (if any) the BBC would run with.

When I tuned into Today it became clear that they'd chosen to go with the Guardian's lead story about a grammar school performing a U-turn on ejecting its under-performing A-level students.

(The Guardian and the BBC never seem very enamoured with grammar schools, so I wasn't surprised by that. Plus it is a bizarre story).

Andrew Norfolk's latest scoop, the main story in today's Times, only got brief mentions in the programme's news bulletins.

This was the first full-length interview with Sarah Champion since she was compelled to quit her shadow cabinet post after telling the truth about Pakistani men being mainly responsible for the epidemic of grooming gangs which have afflicted so many towns and cities in the UK over the past couple of decades - a scandal Mr Norfolk of the Times so courageously took the lead in exposing. Ms Champion, having initially apologised for her choice of language but having subsequently received gazillions of letters of support, has now performed her very own U-turn and gone back to her starting point. She's now standing by her original statements and decrying the London-led Left's 'floppy' evasiveness on the issue.

Andrew Norfolk's piece certainly championed our Sarah, omitting her 'sucking up' to her Muslims constituents over Gaza in 2014, not to mention her inaction while the Rotherham scandal was actually happening.

That said, Today did focus on Andrew Norfolk's previous scoop.

Well, having had so little time to blog in recent weeks I've pretty much concentrated on this one story in recent days (to the exclusion of almost everything else), and I think that Mr Norfolk did overegg the pudding and wasn't as rigorous as he could have been with the details, and he has had to backtrack somewhat. Plus I believe he was wrong (at best) in at least one of the answers he's given to the BBC in interviews in defence of himself.

But I also think that his critics have been employing every trick in the book to try and discredit him, and that his original (and subsequent) reporting was based on proper investigative reporting and on the views of a council insider (a whistle-blower?). Some of his points have been disputed and denied but not definitively refuted, and others (like the niqab/burka question) keep getting side-stepped.

What we have are contradictory accounts, and different events being reported, and people mixing them up and making five from two plus two (including the BBC).

That he did also raise a genuine issue is shown by two pieces (h/t Sue) found beyond the BBC - namely at the Spectator and, again, in the Times - both of which provide a context for the Times's coverage: The same extremist imam who lost a libel case against the BBC after alleging that Andrew Neil libelled him has been caught encouraging Muslims to take children into foster care - an example of Douglas Murray calls "the end-point of diversity, where you have a different mono-culture asserting itself in the way it knows how".

It is, indeed, a fascinating story.

How did Today do today? Well, I've read so such social media comment about it that I'm whirling like a dervish. One group raged at Nick Robinson for 'promoting Islamophobia' by even repeating the Times's claims to John Biggs. Others have claimed that Nick Robinson was deliberately trying to rubbish the story by trying to discredit Andrew Norfolk.

Nick Robinson, replying to Mr Norfolk, insisted that the programme was being fair by inviting both him and the mayor of Tower Hamlets John Biggs onto Today to give both sides of the story, which is certainly true, and, to be fair, he gave both parties the space to say their piece.

That said, Mr Biggs was interviewed for significantly longer than Mr Norfolk (8m 28s compared to 4m 53s for Mr Norfolk) and it was annoying that he had to tell Andrew Norfolk "we haven't got much time left". That probably came from on high though. After all, they had a two-minute final feature about a train to slot in before the pips.

Moreover, as Sue might put it (and has done), in both interviews Nick was a little flimsy, but that's better than browbeating interviewees to death.

That said (again), as Enough noted on a previous thread, Nick & Co. seem to have lost sight of the fact that this is Britain, and see "cultures" as morally equivalent.