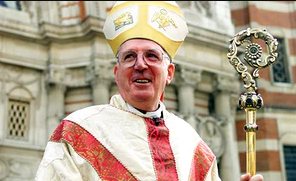 The second post ever published on this blog might seem somewhat recherché to some of you now but the outcry it provoked among conservative Catholics evidently hit a raw nerve with the BBC.

Our findings proved that Radio 4's Sunday programme, presented by a trustee of the liberal Catholic magazine The Tablet (Edward Stourton), overwhelmingly used Catholic voices associated with The Tablet to discuss Catholic matters.

It was a palpable hit. Things changed on Sunday for a few years after that. We heard far less from Tablet voices and, in the immediate wake of the outcry, Sunday suddenly began featuring voices from the Tablet's main rival, the conservative Catholic Herald (previously totally excluded).

As we've not pursued the matter much since then, Sunday has started slipping back again, especially in the past couple of years. Maybe it's time to revisit that second post.

Meanwhile, the death of the liberal former Archbishop of Westminster Cormac Murphy O'Connor brought tributes on this morning's Today from Tablet editor Catherine Pepinster and, yes, Edward Stourton, and reminded me of my own favourite long-term study of the BBC: my ten-year review of the speakers on Thought For The Day.

A side-finding of that study was that Today's choice of Catholic voices was entirely restricted to liberal Catholic voices. There wasn't a single conservative Catholic among them.

The phrase 'BBC Catholic' was used by some conservative Catholics about such people - evidently with good reason. 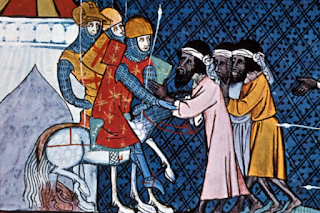 Talking of conservative Catholic critics of the BBC....

The Catholic Herald had a very interesting piece by David Paton this week on the BBC's schools output.

The question here is whether that page, from the early 2000s ('no longer updated'), still plays a part in the education of British pupils. It's to be hoped not.

Even BBC Radio 4 Making History presenter Tom Holland (a wonderful historian and engaging tweeter) was aghast on learning about this BBC Bitesize commentary, calling it "so grotesquely wrong as to be laughable".
Posted by Craig at 22:44