The back with two beasts 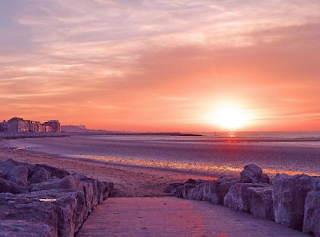 I'll use this post then to shove in my tuppenceworth.

I've said before that I find that BBC TV's Newswatch and Radio 4's Feedback are different beasts. You're more likely to hear complaints of the kind we make on Newswatch than you are on Feedback. And Newswatch tries to project a more impartial style than Feedback, with Samira Ahmed taking more care to appear even-handed than Roger Bolton. And Feedback does seem to me to be more agenda-driven than Newswatch.

So here you'll see that Newswatch features viewers' opinions from both sides of the climate debate while Feedback features just one side. And you'll see Samira Ahmed put questions from both sides too (albeit rather half-heartedly from the 'deniers' side') while Roger Bolton is relentlessly one-sided in his questions. And Feedback has been banging this one-sided drum for a long time now, leading the charge against 'deniers' being allowed on the station for at least a couple of years.

That said, it was Roger Bolton who really made the BBC boss squirm this week. You'll note that both James Stephenson and Richard Burgess (one of whom said much the same as the other!) were reluctant to admit that the BBC got it wrong despite the BBC itself already having said that they got it wrong, with Mr Stephenson wriggling in particularly awkward ways and Roger calling him out on his use of weasel words and then embarrassing him even further by pointing out to listeners that he didn't look comfortable answering a particular question. All credit to Roger Bolton for not being a lickspittle there.

And credit to Feedback too for highlighting the scientific ignorance of BBC Radio 4 journalists - bulletin writers and senior presenters, including Feedback bete noire John Humphrys and Sarah Montague. (That was the thing James Stephenson got particularly uptight about). It was a serious lapse in accuracy on Radio 4's part - and if both John and Sarah were involved that didn't mean it was simply a problem with one programme. It must have been both Today and The World at One.

To end: One thing that unites both Feedback and Newswatch is their consistent use of 'denier', without inverted commas. This old term of abuse is evidently now an acceptable description for BBC presenters and editors to use. You'll see that in both transcripts. Why is that acceptable?
Posted by Craig at 20:18