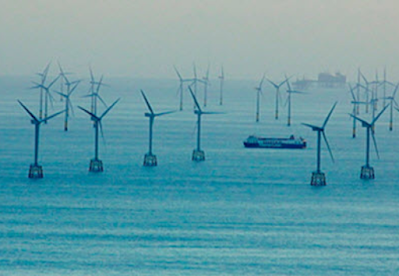 Here's a transcript of the coverage of Wednesday's BBC News at One regarding the Government's 10-point plan for a "green revolution", including plans to ban the sale of new petrol and diesel-driven cars from 2030.

The section centred on a report by the BBC's environment analyst Roger Harrabin - a Birtian "inhouse pundit" if ever there was one,  and a reporter who rarely hides his likes and dislikes.

The whole section is classic BBC, firmly on board with resetting the agenda to tackle climate change but also criticising the Government for going nowhere near far enough:

Newsreader: New cars and vans powered wholly by petrol and diesel will be banned in the UK from 2030. That's just one of the announcements made by the Prime Minister as part of his 10-point plan to create jobs and address climate change. Among other measures in his so-called "green revolution" - Greater investment in electric cars, including expanding charging infrastructure and extending grants to make vehicles cheaper. Plans to quadruple the amount of offshore wind power - enough to provide energy to every home in the UK. Greater investment in nuclear energy, with a focus on smaller-scale nuclear plants, and measures to make homes and public buildings warmer and more energy efficient. While the plan has been welcomed by environmental groups, critics say the £4 billion allocated is far too small for the scale of the challenge and some of the plans, they say, have already been announced. Our environment analyst Roger Harrabin reports.

Roger Harrabin: The end of an era for the petrol engine and its planet eating emissions. You will still be able to drive an existing petrol or diesel car after 2030 but you won't be able to buy a new one. The future is electric. Some people fear the cost of electric vehicles but perhaps there's no need to worry.

Stephen Norman, Vauxhall Motors: For a period of three to four years because of the massive saving on fuel cost of electric over petrol or diesel, the monthly cost is no greater. Certainly, it's not cheaper but it's not greater.

Roger Harrabin: Charging your electric car is a major issue. Finding one of these in some places it's like finding a unicorn. The Government is spending £1.3 billion to expand the charging network but that is just over 1% of what it is spending on high-speed rail, HS2. Nuclear energy is getting public money, £500 million of it. The Prime Minister wants jobs at the giant Sizewell C plant in Suffolk. Small kit-style nuclear reactors being developed by Rolls-Royce will get subsidy too, even though there's no solution yet for nuclear waste. Offshore wind will play a key role, producing enough electricity to power every home by 2030. Ministers hope it will support up to 60,000 jobs. Cities in the north-east should benefit. The Government wants them to become new technology hubs for making wind turbines and creating the clean fuel, hydrogen.

Rain Newton-Smith, CBI: We absolutely back the ambition. We do need to see more detail on how we help businesses and households make this transition but having this strategy is exactly what we need to see, to help us on the road to a greener economy.

Roger Harrabin: New house-building will have to play its part. From 2023, all homes will need to be built with so much insulation that they don't require a gas boiler. Heat pumps will enter people's lives. In Wales, a zero carbon device extracts heat from sea water to warm a stately home. Tiny versions will heat millions of people's home using warmth from the water or air or soil. The Government will need to help with the cost. Together, the drive for zero carbon will transform society.

Katie White, World Wildlife Fund: I think in terms of making progress and resetting this agenda, it's an exciting day, in terms of getting us back on the front foot. Is it enough? No, of course it's not enough and we will be looking next week to the Chancellor, in terms of what is coming out of the spending review.

Roger Harrabin: As the new policies cut emissions, so the Prime Minister's road building plans will increase emissions. Critics say he should stop policies driving on the wrong direction and invest far more in putting the nation on track for a zero emissions future. Roger Harrabin, BBC News.