How the Rot Set In 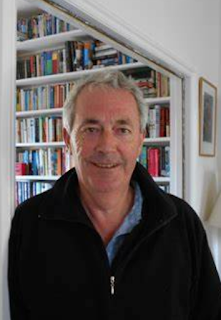 Robin Aitken gives a fine 10-minute talk on this New Culture Forum video (posted below).
A former BBC man himself, he describes how the BBC used to have two distinct divisions: BBC News and BBC Current Affairs.
BBC News reporters of his vintage, he says, had "something of a cult of impartiality". For them, "news was something strictly defined".

When colleagues wrote a news bulletin piece it was all fact, no comment. Even adjectives were suspect. It was very much a matter of reporting who, what, where, when. We left the task of explaining the why to the current affairs people. This probably made for rather dull news bulletins", he concedes, because "none of the sexy speculative stuff was included in our pieces. However they were factual and reliable.

So what went wrong? Well, enter The Lord Birt (then plain John Birt). He combined BBC News and BBC Current Affairs into BBC News and Current Affairs and the distinction between, say, News at Six and Newsnight got blurred. That's when "the rot set in", according to Robin:

Before we knew it the age of the inhouse pundit had arrived. BBC news bulletins today have become part news and part comment, and impartial commentary is almost a contradiction in terms. A comment always expresses an opinion. This wouldn't matter much in their was an equal balance of opinions within the corporation, if there was one Eurosceptic reporter for every pro-European, but alas it is not so.

An excellent example of what Robin Aitken is talking about there is afforded by last night's BBC One News at Ten. This was certainly part news, part comment. And, yes, it wasn't impartiality commentary. It merits a transcription.
(Look out along the way for Jon Sopel playing it for laughs ("Rudy Giuliani was clearly having a bad hair dye") and then saying "It would be easy to play this news conference for laughs, but..." before delivering his sombre verdict about the damage Donald Trump and his lawyers are doing to American democracy:

Newsreader: Donald Trump's legal team have been explaining why they think this month's presidential election was a fraud, setting out a range of theories, some of them far-fetched, without producing any hard evidence. Our North America Editor Jon Sopel reports.

Jon Sopel: This news conference was billed as the moment the Trump legal team would present its evidence of electoral fraud, fraud so great that the result of the 2020 election should be overturned. Instead, it was a repetition of some outlandish allegations from a number of court cases that have already been dropped.

Rudy Giuliani: I know crimes, I can smell them. You don't have to smell this one, I can prove it to 18 different ways. I can prove to you that he won Pennsylvania by 300,000 votes. Michigan by probably 50,000 votes.

Jon Sopel: Part of the focus was on a vote counting machine used in some states that it was alleged had been fixed to damage the President. The web of the conspiracy stretched wide.

Sidney Powell: What we are really dealing with here and uncovering more by the day is the massive influence of communist money through Venezuela, Cuba and likely China in the interference with our elections here in the United States.

Jon Sopel: As questions became heated, Rudy Giuliani was clearly having a bad hair dye. A reporter demanded to know what evidence there was. "You don't understand the legal process if you are "asking for evidence," one lawyer fired back. But even some fierce Republican combatants are saying enough is enough.

Karl Rove: These accusations have been made and Mr Giuliani and Miss Powell, either  on behalf of themselves or on behalf of the President's campaign, have an obligation to the American people now to either prove these allegations or withdraw them. You cannot leave this kind of stuff out there at the aftermath of an election.

Jon Sopel: And the President-elect isn't very impressed either.

Joe Biden: He will go down in history as being one of the most irresponsible presidents in American history. It's... It's just not even within the norm at all.

Jon Sopel: At the White House, they are getting ready for the inauguration in January and Donald Trump is fighting by any means possible to ensure it's his. He's invited Michigan Republican legislators here tomorrow to try to persuade them not to certify that state's results. American democracy is being tested. It would be easy to play this news conference for laughs. Certainly at times, it was bizarre. But this is a serious and ongoing attempt to overcome overturn the result of the election. And the man who was in charge of keeping that election safe at the Department of Homeland Security, who has now left, has said it was the most dangerous one hour, 45 minutes of television in history. It may not change the result but it is sowing doubt in the worthwhileness of going to vote.