Back on my hobby-horse 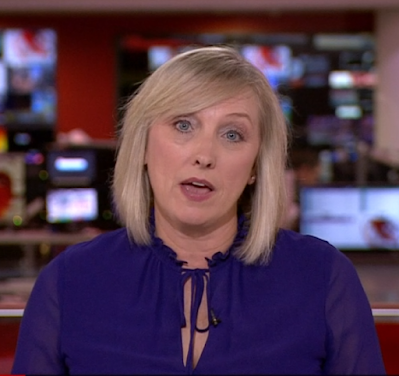 The BBC's flagship international affairs programme Dateline London [the one hardly anyone in the UK watches] reminds us why the BBC is the BBC and not, say, GB News.
This week's guests - two of the mainstays of the programme, the third the BBC's Asia/Pacific editor - said many interesting things.
I was particularly intrigued by mainstay Ashis Ray saying that Pakistan played a major part in getting North Korea's nuclear programme going.
But it's long been typical of the programme that the majority of the people who the BBC invites to appear on the programme end up saying pretty much the same thing on most subjects, and there's too much agreement.
It's an extension of BBC groupthink.
One example...
What with all that's been going on with Joe Biden's hapless, dubiously honest administration at the moment, quite why this week's trio of guests kept taking potshots at Donald Trump seemed odd - especially as it's been eight months since Mr Trump was last in office.
And, even odder, they barely even mentioned Joe Biden and gave him a free pass.
The reason is pretty obvious though, surely.
These invited BBC guests have a particular outlook on the world - one shared by the biased BBC - and when they all get together they naturally bond by doing familiar mutual-grooming things...
...and also by very much not talking about certain other, uncongenial things - like how 'Crap hat. No rabbit' Magic Joe has been.
So what's more natural, when appearing on the BBC's Dateline, than to have a dig at the previous US president?
Mutually-reinforcing digs at The Donald have been as regular on Dateline as even numbers in a list of numbers for well over five years now, and they've scratched themselves to happiness so many times that today's outbursts were merely par for the course.
In presenting a weekly snapshot of world opinion, Dateline remains very selective. If there's just one Indian regular guest for well over a decade, for example, let him be strongly anti-Modi and not for one second think of inviting a new, pro-Modi voice in all that time.
Very BBC.
A second example....
On the question of the UK government and Covid, all sang from the same medical sick note.
The two non-BBC mainstays said that the UK government is being reckless by being so soft. They both want face masks made mandatory in the UK. And the BBC Asia/Pacific editor [Celia Hatton] wants the UK to do its international duty and cough up money and vaccines to vaccinate the world's poor.
And BBC presenter and blog favourite Martine Croxall added to the unanimity by posing her questions from the 'Is the UK government being reckless in taking a light touch approach to Covid given how bad things are already getting and how much worse it could get this winter?' angle,
Here are all her comments and questions on the matter:
Such uniformity of thinking is very BBC, and the mirror image of the uniformity of thinking that sometimes afflicts GB News and this end of the social media spectrum - though, of course, neither of the latter are licence-fee funded so their biases are far less consequential.
I prefer Dateline London when the people invited to appear on it don't agree about everything. [Bring back Alex Deane!]. But editions where that happens have been the exception rather than the rule for well over a decade now. It's why the BBC is as bad as it is, and why urgent action is needed and why alternatives are vital.
Posted by Craig at 17:42