Is the BBC biased against Jehovah’s Witnesses? 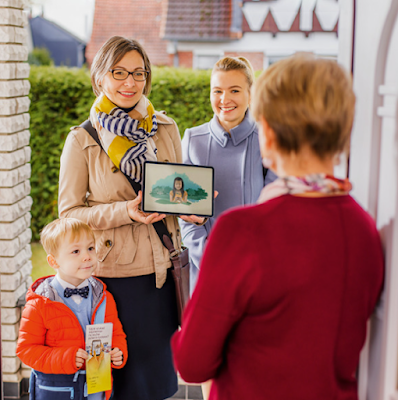 Talking of this morning's Sunday on Radio 4, it also covered the latest Independent Inquiry into Child Sexual Abuse Report, which moved beyond the IICSA'S previous inquiry into abuse in the Anglican and Roman Catholic churches to embrace pretty much every other major Christian sect and all the  major world religions.
We discussed this on the open thread, especially the BBC's characteristic whitewashing of Islam out of the BBC One News at Ten.
To repeat myself from yesterday:

Only the BBC didn't mention Islam there.

But a peculiar feature of the broadcast media's coverage of this report was shared by all three of those UK broadcasters: They all mainly focused on the Jehovah’s Witnesses, despite the JWs not being singled out in any way as The Worst in the report.
I thought at the time that this was probably just the broadcasters being cowardly and going for the safest option.
After all, what are the JWs going to do? NOT ring the doorbell at Broadcasting House in protest? Send BBC home affairs reporter Tom Symonds of the BBC a few copies of The Watchtower [for it was he, rather than the reclusive Mark Easton, who did that BBC's report]? Boycott the BBC's Christmas Day Call the Midwife special?
And then came this morning's Sunday on BBC Radio 4, and it also focused on the Jehovah’s Witnesses.
The report is publicly available. I spent an hour reading quite a bit of it, and it's very much not mainly about the Jehovah’s Witnesses, despite what you may have seen on the BBC, Sky and ITV. It features four horrific case studies involving [a] Orthodox Jews, [b] Muslims, [c] Methodists and [d] Jehovah’s Witnesses.
It focused on pretty much every religion and major sect.
To repeat myself repeating myself, what have the JWs done to deserve being singled out by the UK's main broadcasters, other than being safe targets / the easiest option? And if that's why, what does that say about our broadcasters? Are they nothing more than cowards?
This where I'm supposed to note that I'm not in any way affiliated with the Jehovah’s Witnesses. But that's not strictly true. I used to walk to primary school every day with a JW girl who lived on my street and I knew not to send her a Christmas present. And in my militant, Richard Dawkins-inspired, atheist mid-20s I once kept a very pleasant JW man - a teacher - on the doorstep for nearly two hours debating Biblical inerrancy and pointing out every contradiction between Biblical accounts I knew. In the end he said I had an answer for everything and said he had to go. And - having repented of my ways, at least as far as discombobulating kindly believers goes - I chuckled during lockdown on hearing that JWs weren't going to be ringing my doorbell.
Posted by Craig at 18:00