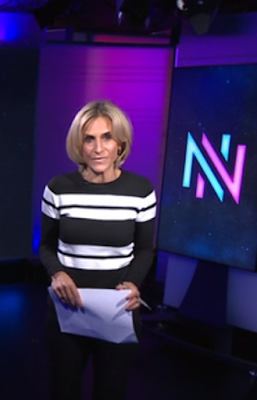 This won't be my finest post perhaps, and if it weren't for this blog I would never watch Newsnight again...
Newsnight isn't a patch on what it used to be, and I only ever dip into it now, on extremely rare occasions, to test BBC bias - when time and the mood strikes me.
And I tested it last night to see how the three-way first interview between climate change activist Sarah Colenbrander, pro-Brexit ex-MEP Dan Hannan and serving Democrat Congressman Brendan Boyle would go in the wake of the Biden UN speech and the muffled Boris-Joe press conference.
I guessed that pro-Brexit Dan would get all the interruptions and the powerful US Democrat congressman get none.
I guessed right. Dan Hannan got three challenging interruptions and a fourth abrupt cut-off interruption, while neither of the others - including Democrat Boyle - got any interruptions whatsoever.
It was wholly inevitable, given how biased the programme is.
#InterruptionsMatter
And, except for a half-hearted 'devils advocate' question from Emily Maitlis to Bren Boyle, it was all about 'getting Dan Hannan' over the UK's position after Brexit.
Very, very BBC. And very, very predictable.
I'm no interviewer, but I think I even I could have given the obnoxious Irish lobby, Biden-supporting, shiny-faced Democrat congressman a much harder, more incisive ride than Our Emily.
And as a pro-UK viewer I feel he deserved a lot harder push-back from Our Emily given how obnoxious and dishonest I found him.
But, as a BBC bias watcher, I just knew what Emily and Newsnight would do what they did because it's what Newsnight always does now - with relish, and without shame. Especially as they get away with it.
They might as well have kept James O'Biased on the presenting roster.
I'll support anything now to make it stop that the public has to pay for such biased BBC broadcasting.
Posted by Craig at 16:06