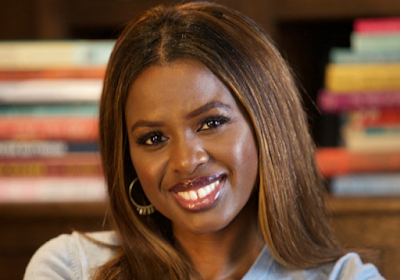 It was a year ago, in September 2020, that we posted about the then mystery surrounding the salary of June Sarpong, the BBC's first Director of Creative Diversity.

At that stage she'd been employed by the BBC for some 10 months but her salary was unknown. Her official BBC page at the time read ''June Sarpong's annual remuneration will the published shortly''.

Of course, it's become common knowledge since the BBC published its annual report in July this year that June Sarpong, the BBC's part-time Director of Creative Diversity, earns £267,000 for three days work per week - far more than the Prime Minister. The revelation has provoked widespread consternation and controversy.

There's something else though, and it happened between last September and this July. I half-saw at the time something, somewhere, about it being revealed that she was earning quite a lot less than £100K from a BBC job and have confirmed that now via the Wayback Machine.

It's quite intriguing, isn't it, how long it took - nearly two years - for her £267,000 salary for a part-time job to be fully revealed? Were the BBC hiding it?
UPDATE
You do have to give it to June, she's very good at adding diversity to her business portfolios too. Bill Rodgers, as ever, has his eye on the ball:

Part-time BBC diversity supremo June Sarpong is still busy with business in the rest of her week. She's got a new company, called Womanly, set up in March, with four trademarks registered in May last year.
In May, she registered a trademark for The Africa Company, to be used with toiletries, cleaning products, food supplements and vitamins, tea, coffee, food products, beer and non-alcoholic beverages, and an online e-commerce platform. In July came a trademark for Kente Cola, seeking registration for non-alcoholic beverages.