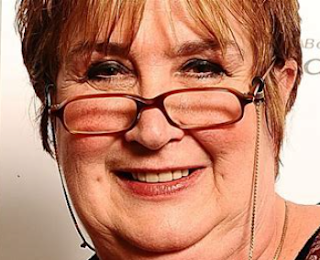 Hell hath no fury like a Woman's Hour presenter scorned, as Dame Jenni Murray is proving.
She has been interviewed by the Sunday Telegraph's Louise Burke today and vents her spleen in fine fashion, coming close to sounding like a DEFUND THE BBC campaigner:

How does she feel about earning less than her replacement? ‘Well that really pisses me off,’ she says. ‘I was talking to an old colleague the other night and she was saying how horrified she is at what’s being paid now. We worked so hard and had high profiles, but we didn’t earn anything like [that]. It’s more than irritating. It’s infuriating actually. I don’t think, no matter how good they are, they are worth all that money. It’s a public broadcasting service. I’ll be hacked off when I still have to pay my licence in four years [after turning 75].’ She starts laughing.

Not that she's bitter of course, perish the thought:

So, dare I ask, does she still listen to the show? ‘I have long had a habit of getting up in the morning and putting the radio on and it’s always Radio 4,’ she humours me. ‘But I deliberately switch off just before 10 o’clock.’

It's not mentioned in the interview but I'm guessing Dame Jenni's secretary rang at that point saying, 'Sorry to interrupt, Dame Jenni, but there are several cats on the line wanting their meows back'.