There's breaking news this afternoon, and some media outlets are emphasising and de-emphasising certain aspects of it, each according to their tastes.
The Daily Telegraph goes with a bare factual headline naming the murdered MP and the accused:

The Times names the murdered MP and the accused, and adds a court drawing of the accused: 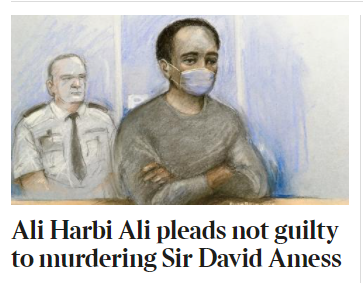 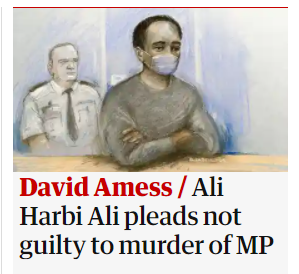 Sky News mentions the murdered MP's name and doesn't name the accused, using 'Man' instead, but features a photo of the accused: 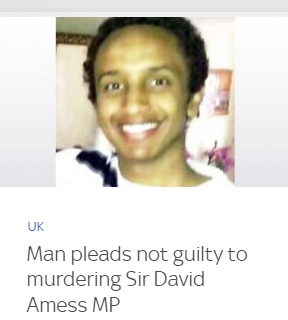 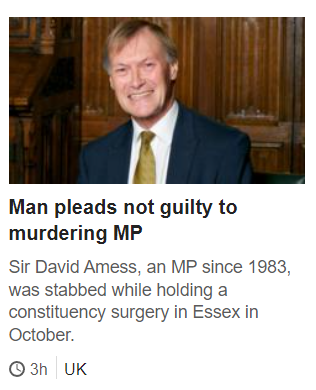 It looks as if the BBC is trying to not highlight a particular aspect of the story, doesn't it?
Posted by Craig at 16:35