The BBC's Twelve Biases of Christmas 2021 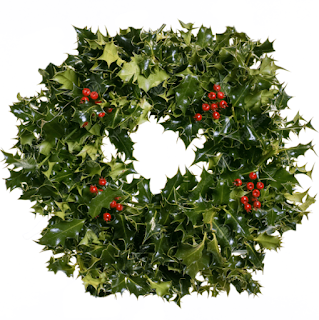 Promoted from within the BBC bubble and offering next to nothing new, Tim Davie steps up - to business as usual. An announcement, slipped through on Christmas Eve, is made that "New BBC board member Muriel Gray, a former Channel4 presenter, [appointed to the BBC Board] has derided Boris Johnson as a buffoon. In a post last year, the Times reported, she described Johnson as a “disinterested frontman” for the government, which she claimed was being run by “egomaniacal, small-man syndrome [Dominic] Cummings”. If this is the BBC’s idea of impartiality, let’s be worried!
In September Nadine Dorries was appointed Secretary of State for Digital, Culture, Media and Sport. Within hours of her appointment, the listing of the Dorman Long coal tower was reversed allowing the demolition to be completed within days. Early indications that the Conservative Government might take on the BBC appear to be unfounded.
The top BBC bias awards can be boiled down to a series of competing narratives - each one worthy of the top slot:
1. Support for BLM, and the ‘largely peaceful’ protests. Support for criminal damage to Colston and Churchill statues. Strong support Jen Reid’s 3D printed statue by Marc Quinn - one of the BBC’s favourites, and for the ‘Colston four’ in their court case. Biased reporting over court cases concerning Rittenhouse and Smollett - conversely, from the BBC viewpoints, both ‘going the wrong way’.
2. Anti Donald Trump pro Democrat coverage of US politics, and giving Joe Biden the easiest of rides. This continues even when Trump is no longer in office. The BBC News 100 Days programme tracking Donald Trump’s progress in office, but no corresponding programme about Joe Biden. The partnership between the BBC and CBS News sharing news gathering and Editorial functions. The ‘look the other way’ as Joe Biden appears to lack the alertness essential to his office. The 6th Jan ‘insurrection’ - alternative sources suggest something very different to the BBC/US MSM line.
3. The Bashir disgrace, the Dyson inquiry, and the lack of adequate response by the BBC - failing to take ownership of their own in-house failings - in particular the role of outgoing DG Tony Hall, under whose watch Bashir was re-hired. On behalf of the BBC Tim Davie prevaricated, offering little or no direction.
4. The anti Israel bias and anti-Semitism in reporting such as the Oxford Street bus story. Appointment of Muslim Aleem Maqbool, who has been selected to be the BBC’s religion editor. Hopes that the FOI request concerning the Balen Report might be successful under the Davie regime was dashed.
5. The covering up of identity, ideology and motive for Islamic terrorist attacks, whilst exposing any far-right ‘equivalents’, such as the Death of Sir Davis Amess, as juxtaposed with that of Jo Cox in BBC reporting. A similar pattern of reporting surrounded BBC coverage of the Liverpool Remembrance Day bombing.
6. An anti British, anti Christian cancel culture/ history, directs negativity towards the ‘far-right populist’ [a divisive BBC concept] living outside the hubs of approved POV in London, Manchester, Leeds, Cardiff, Bristol etc. The tacit support of Scottish devolution, favouring SNP (with their aspirations to rejoin the EU).
7. The renaming of illegal immigrants as migrants - All are welcome: Mark Easton, “there’s plenty of room in the UK”. The question is never asked: “Why don’t EU countries enforce basic laws against people trafficking, child abuse etc. And, after the migrants arrive at the first country of safety, why are they not registered as refugees in those mostly EU countries?
8. The continued pro EU narrative. After the demise of Leo Varadkar, BBC idolatry switched towards Macron. He personified all of the much-admired qualities (by the BBC) of the EU, as he called upon the EU to take action against the UK with respect to the latest fishing row, which some could interpret as punishment for Brexit.
9. The one-sided stance over climate change - the so-called settled science. Assisted by the Anglican Church, and with COP26 as a suitable occasion to push their bias, the BBC promote a green agenda set by the Government for the UK to become carbon-neutral by 2030. With no counter-argument available through BBC channels, ideas of coal power, carbon capture and the ultimate goal of energy independence, the economic gold standard, has never been debated. The failure of planning permission for a new coal mine in Cumbria solely for coking coal used in steelmaking was celebrated along with the ceasing of fracking. The UK (the Saudi Arabia of wind) has seen winter contribution of wind power to be a mere 6% of the total demand. The BBC even have their own Climate change disinformation specialist, Marco Silva.
10. The support for Extinction Rebellion and their guerrilla tactics. The BBC offer an open invitation to Roger Hallam in order for him to promote XR’s ugly protests, despised by the majority, which cause disruption to UK citizens going about their lawful business.
11. The anti Boris/ Conservative Government mantra in all political shows - siding with the Labour Party whenever possible. The outrage of Emily Maitlis as she screamed [about Cummings]: “He broke the rules” - that used to damage BJ and the Government - followed by Laura Kuenssberg being revealed as Cummings’ number one ‘leak to’ when the BBC thought these leaks could damage the Government.
12. Diversity promoted by the BBC as an exercise in social engineering to the extent that majorities are excluded.
Posted by Craig at 14:32