The Curious Case of the Vanishing Welsh NHS Logo

This is a bit odd...
There was a report by BBC health correspondent on the BBC's News at One yesterday which contained the following section:

Dominic Hughes, BBC: And in hospitals, where staff are already under pressure, there is real anxiety over what the next few weeks may bring, particularly for patients that need high levels of care.

Dr Ami Ross, intensive care consultant: It's awful, you feel like you are giving them a Third World service.

The report was re-broadcast every hour during the afternoon, but someone on Twitter spotted a slight change between the report as broadcast at 1:05pm and the report broadcast at 2:05pm and later and took to Twitter about it:

Sam Lowry: Spot the difference - Dr Ami Jones on BBC News at 1pm, saying how terrible things are with intensive care wards, then again on BBC News at 2pm when they’ve realised this reflects badly on Keir Starmer & have edited out the fact this is happening in the Labour-run NHS Wales!! 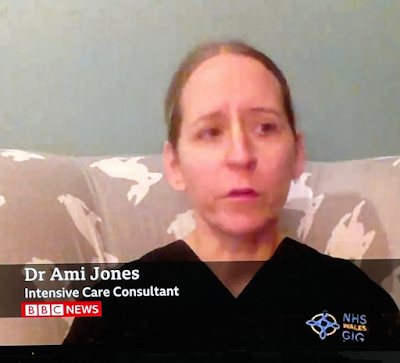 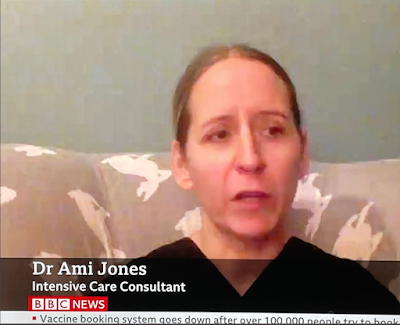 As you'll have spotted, what disappeared was this: 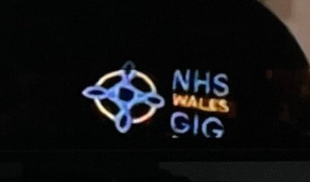 Now, I never just trust screengrabs posted on the internet so I checked TV Eyes to see if this really did happen.
And it did.
The report was otherwise identical.
So what do you make of this?
Why did they crop it? Was it because the BBC was removing something inconvenient for Labour? Or did they remove the 'NHS Wales GIG' logo because it was advertising, even though it was only adverting the public sector Welsh NHS [so not a commercial brand]?
[Note: 'GIG' is the Welsh acronym for 'National Health Service' - 'Gwasanaeth Iechyd Genedlaethol'.]
Posted by Craig at 06:23

Labels: 'BBC News at One', NHS