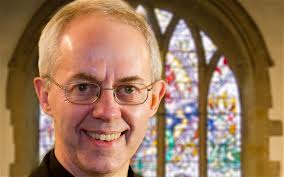 Time to predict what's coming up on Radio 4's Sunday tomorrow, guided by the programme's biases...as is now customary at Is the BBC biased?

Well, Archbishop Justin's declaration of intent regarding pay day loan companies (Wonga, et al) is bound to feature, as that sort of thing ['bad capitalism'] is right up Sunday's street. If this subject doesn't feature, I'll eat my hat. (It's a fine baseball cap, should you be wondering). If the issue does feature, will the programme balance a defender of pay day loan companies with a critic from the Church? Or, more likely (if my experience of listening closely to Sunday for well over two years is anything to go by), will it pit a left-wing campaigner against such companies against a slightly-less-left-wing Anglican critic of such companies who, unluckily, happens to be cast in the defensive position of defending the Church against charges of hypocrisy/not going far enough? Well, we'll see, but I know where I'm placing my money.

There is also bound to the something about the Catholic Church. It's been fascinating tracking liberal-Catholic-biased Sunday's treatment of Pope Francis (more popular with Catholic liberals) as compared to its coverage of Pope Emeritus Benedict (less popular with Catholic liberals) while he was pope. Month after month under Benedict, the pope would be dragged into some scandal or other by Robert Mickens of The Tablet or David Willey of the BBC - usually with a little help from Edward Stourton. Though the bad news stories about the Catholic Church haven't stopped being reported by the programme, Sunday had kept Pope Francis well away from them in their coverage. Given the latest major scandal over Mgr Battista Ricca, the man appointed by Francis to oversee reform of the Vatican Bank (a subject that Sunday has dealt with extensively over the last few years), Sunday would have been sure to have covered the story at length while Benedict was pope. Now, I predict they won't. They'll probably stick with Pope Francis's visit to Brazil. That would be a most remarkable proof of the programme's liberal Catholic bias, were it to be the case. The Ricca scandal is a big story in Catholic circles, and Sunday has never been shy of talking about Catholic scandals before. They surely have to mention it, don't they?

Other than that, I'll make my usual prediction that some of the stories will come from this menu:..."the usual diet of breaking news from the Arab world, Christian-related abuse stories, bad news about the Catholic Church, something about human rights, the usual airing of Muslim grievances, a call for something or other by a left-wing campaign group, an Anglican row over something, that sort of thing."

Other important religious stories I've spotted this week that (I predict) are unlikely to be covered on tomorrow's programme are (a) the concerns of Sikhs about future of traditional Indian weddings in Britain, given that Sikh temples have been advised to halt all civil marriage ceremonies on their premises to protect them from possible legal challenges for refusing to conduct same-sex weddings; (b) the widely-reported US report that Pakistani Hindus are the worst victims of rape, plus other reports raising alarm bells about the forced conversion of Hindu girls by Muslims in Pakistan; or (c) the race to become the new chief rabbi of Israel. As we know, stories about Sikhs, Hindus and Jews take second (or third, or fourth) place to stories about Muslims.

Catchphrase: I hope to be proved wrong tomorrow morning. Come on Sunday, pleasantly surprise me!!
Posted by Craig at 19:58