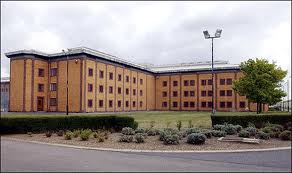 The BBC is being criticised for making a big deal about the allegations of "assault" by prison officers against Michael Adebolajo, one of the suspects in the brutal killing of Drummer Lee Rigby. The allegations were made by Adebolajo's younger brother, Jeremiah, in an interview with the BBC's Tom Symonds.

Circumstances, of course, unfortunately do not allow the five officers their public say on the matter at the moment, so their side of the story is necessarily going under-reported.

That's why I have have my own doubts about whether the interview with Michael Adebolajo's brother should have been accorded such prominence on the BBC News website, or whether the Today programme should have given its prestigious 8.10 spot over to the story on Saturday.

Shouldn't it have been reported much less prominently, in the interests of sensitivity, fairness and impartiality?

Yes, other [privately-financed] media organisation also made a big deal of the story. Due to its unique system of public funding, however, that could very well provoke a 'So what? The BBC has a public duty to behave better than privately-funded media outlets, doesn't it? And, unlike every other media outlet - except for the Guardian/Observer - the BBC were the only ones who chose to interview the highly-partial Jeremiah Adebolajo about the incident.

The Daily Mail, as might have been expected, is firmly on the BBC's case over this. It doesn't mention that the Observer also interviewed Jeremiah Adebolajo for their own report. Only the BBC is in the Mail's cross-hairs here, naturally:

Fury at BBC over claims Woolwich suspect was assaulted: Prison officers condemn news report of incident as a 'circus'


Prison officers have reacted with fury to claims from Woolwich murder suspect Michael Adebolajo that he was ‘assaulted’ while in prison.

The man accused of hacking to death Fusilier Lee Rigby in the street was involved in a violent incident in Belmarsh high security jail last week in which he lost two teeth.

In an interview with BBC News over the weekend, Adebolajo’s brother Jeremiah claimed warders in the prison ‘took offence’ when the remand prisoner refused to obey an instruction and then ‘smashed his head against a window’.

The BBC also reported the claim – denied by Prison Service officials – that the murder suspect had been denied medical treatment.

Officials insisted he had refused to be seen by a doctor.

The report also claimed the suspension of five officers involved in the incident was ‘exceptional’, and hinted the assault might have been the result of Adebolajo’s ‘notoriety’.

But yesterday the prison officers’ union condemned reporting of the incident as a ‘circus’.

And sources suggested the officers had felt threatened after Adebolajo refused to comply with orders and turned towards them aggressively.

The online report the Daily Mail is describing is this one:


Woolwich murder suspect Michael Adebolajo was forcefully pushed against a window by prison officers, knocking out two of his teeth, his brother has claimed in an interview with the BBC.


Jeremiah Adebolajo said he spoke to his brother on an almost daily basis.

One thing that struck me as quite unusual for the BBC is that the headline lacked the corporation's familiar quotation marks. Compare the BBC's headline with ITV's Woolwich suspect's 'head hit window', brother claims. The use of quotation marks as 'scare marks' as much as merely 'quote marks' is a tool the BBC uses very often to emphasize that it is only a claim. It's interesting that they chose not to use them here.

What you won't find in that BBC report now is the claim  that the suspension of five officers involved in the incident was "exceptional", as mentioned by the Daily Mail.

That's because the BBC has edited the article and removed the offending word.

You can see that from the excellent News Sniffer site, which tracks amendments to BBC articles. The first version included the sentence, "Prison Service procedures state that this should only happen in 'exceptional cases'." That was removed ('stealth edited', some might say) around nine hours later, presumably because it seems to have been untrue - given that Sky News was reporting on Friday that "During an investigation of this kind, the suspension of staff is standard practice, the Ministry of Justice said" - as the Prison Officers Association are also saying.

The word is, however, still in the video report which features in the article. 'Stealth editing' a video would be a lot harder.
Posted by Craig at 18:49