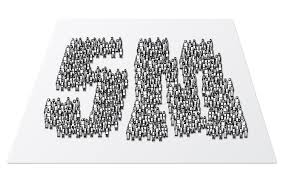 Given the Labour Party's troubles with its biggest trades union donor Unite in the last couple of weeks, in the wake of the Falkirk scandal, who could blame a cornered Labour leader for raising the issue of Conservative Party donations during Prime Minister's Questions last week? There's not been a Conservative Party donations scandal for quite a while now but, still, a Labour leader can but try, can't he?

What if the BBC tried the same tactic as Ed Miliband though?

Well, a cynic might say that this was exactly what Paddy O'Connell was up to on this morning's Broadcasting House. Instead of talking about the topical issue of Labour's funding from Unite, BH brought together Labour's Baroness Prosser (a former TUC boss) and ex-Conservative Party donor Stuart Wheeler (now UKIP's treasurer) to discuss donations to/influence upon political parties in general. If Ed were listening I can well imagine that he would have approved of that.

Paddy introduced Baroness Prosser as someone who "rose through the ranks of trades unions before becoming President of the TUC in 1995" and, having earlier described him as a "millionaire" (something he did again later on in the interview), then introduced Mr Wheeler as "a businessman who founded the spread betting firm IG Index. He gave the single largest political donation to a party - FIVE..MILLION..POUNDS..to the Conservatives in 2001. He's now treasurer to UKIP" - and, yes, Paddy did say 'five million pounds' in the way implied by those capital letters and dots - as if it was something jaw-dropping.

Note Paddy's use of a cash amount to describe the donation to the Tories, but no mention of any cash amounts with regards to the unions' donations to Labour. If you've noted that, then you'll spot something similar in the opening set of questions to each of the interviewees:

"Baroness Prosser, why do you think Stuart Wheeler gave £5 million to the Conservatives?"

"And to you Stuart Wheeler, why do you think the unions and Baroness Prosser's unions gave money to the Labour Party."

Paddy, as is his way, didn't even stop there. Soon after he was asking Mr Wheeler this question:

"Did you want access? Did you get what you wanted when you gave £5 million?"

After Baroness Prosser had attacked David Cameron and defended the unions, Mr Wheeler began to say that the controversy in Falkirk wasn't about donations it was about allegations that union members had been signed up to the Labour Party without their consent. At that point Paddy rushed in, said firmly "And that's an exceptional case" and promptly changed the subject away from Falkirk.

Now the assertion that it's "an exceptional case" isn't a neutral point. In fact, it's a point that's highly controversial. Labour are, indeed, saying it is an exceptional case. The Conservatives (and others) are claiming it isn't.

Paddy was interrupting Mr Wheeler there to put a Labour Party point as if it were a uncontroversial fact. Quite how that squares with his duty to be impartial is beyond me.

And what did he interrupt Mr Wheeler to ask?


"And do you take Margaret Prosser's general view that at least the unions are elected, the leaders are elected. If they give union money it's not like very wealthy people?"

Yep, it was back to the £5 million point again.


"Baroness Prosser, do you think that there should be a cap on personal donations?"

Guess what? She did!

That's a case of unbalanced interviewing from Paddy there.

When Stuart Wheeler said that political parties have to tell a "lie" about political donations and their links to such things as honours, Paddy could hardly contain himself:


"Well, that's a very big announcement from you, because you're still on the record as giving the largest single donation to a party, Mr Wheeler, and you're saying that there seems to be a spot of lying going on."

Paddy must have thought the Tories were being accused of lying here. Mr Wheeler explained, however:


"....lying when, as must sometimes have happened with Labour, and the Conservatives, and everybody, else. when the person is actually expecting a peerage or some advantage then the chairman has to lie by saying that he's not."

The sense of disappointment in Paddy's "OK, all right" in answer to this was plain to hear.

Paddy O'Connell. Impartiality is in his genes.
Posted by Craig at 20:07