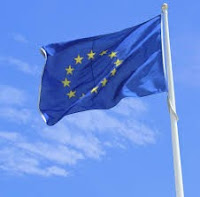 Whilst acknowledging the interest and quality of the programmes, I complained about pro-EU bias in a couple of flagship series by the BBC's Allan Little - Europe's Choice and Europe Moves East.

Stuart Prebble's review comes to a not dissimilar conclusion:

Anyone harbouring the view about the BBC that it is by instinct in favour of EU membership, albeit with reservations, might have felt that they had their suspicions reinforced by listening to the excellent three-part series on Europe presented on Radio 4 by Allan Little. Broadcast on three consecutive weeks in January and February 2012, the first programme (Reshaping Europe) was an absolutely fascinating analysis of the modern history and political importance of the EU post the fall of the Berlin Wall; the second programme (Breaking the Pact) gave an equally fascinating and insightful perspective on the consequences of the failure of the EU to enforce the “Stability and Growth Pact”; and the final programme (Deeper Not Wider), argued powerfully the case for Britain to play a far more active role in the future shaping of Europe, on the basis that the job would otherwise be done by Germany, which does not want to do it. The themes of the series were revisited at the end of the year, two days before Christmas, in another excellent programme by Allan Little entitled “Europe Moves East,” in which Allan gained remarkable access to a whole range of very senior political and academic figures with specialist knowledge of aspects of Europe which we seldom hear reported. Altogether it explained brilliantly some of the serious fault lines in the structure of the EU, and the case for the UK playing a bigger and more dynamic role in addressing significant problems; however,in four programmes all about Britain’s role in the EU, there was not a single voice expressing the view that the UK would be better off out. You could almost hear the groans from the withdrawalist camp.