This week's Sunday, as predicted, discussed the pay day loans issue. It pitted a left-wing campaigner against such companies against another critic of such companies (from the Anglican Church) - though "pitted" isn't really the right word given that they both agreed with each other.

There was, also as predicted, discussion of the Catholic Church - and its coverage (as you'll see below) tallied well with my expectations of it (as outlined in the last-but-one post).

Here's a summary of how the programme unfolded.

7.11 Unrest in Egypt. It's straight on the phone to Sunday speed-dial expert Fawaz Gerges of the L.S.E. Prof Gerges says the military should reassure the Muslim Brotherhood but that the Brotherhood "have lost the moral right to rule", not just in Egypt but throughout the region because of their incompetence.

7.15 Pope Francis. The pope visits the favelas of Brazil and William talks to Austen Ivereigh of Catholic Voices (a former Tablet deputy editor) who describes the trip as "a great success". The Pope has "wowed" Brazil. William ends by asking him about the new Archbishop of St. Andrews and Edinburgh, Monsignor Leo Cushley (Cardinal O'Brien's replacement). Austen welcomes his appointment. 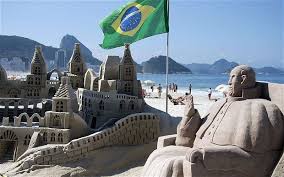 7.20 Black men in prison. A church in Birmingham is calling on the government to tackle the problem of  black men in British prisons. They account for 13% of prison population. Trevor Barnes reports on this "disturbing phenomenon". We hear from "black Christian leaders", who accuse the justice system of racism [as that must surely account for why a disproportionate-seeming number of black men are in British prisons, mustn't it? It surely can't be that a disproportionate number of black men commit crimes, could it? Perish the thought!!]. The pastor in Birmingham wants a public inquiry. [Who doesn't want a public inquiry into something or other?]. A short government statement is read out, demurring from the accusations of racism. Sunday regular Bishop Joe Aldred appears and [as is his way] compares the situation to apartheid South Africa. A former armed robber who turned Christian calls for more to be done. A young criminal who is being helped by the church says he deserves punishment, but not custodial sentences. He prefers community service. Those of a cynical nature might describe this report as a typical piece of liberal BBC hand-wringing.

7.30 France and the ban on the Muslim veil. We hear of the "outrage" of Muslim groups. The BBC's John Laurenson in Paris talks to a hijab-wearing woman who has many grievances about her treatment. Then we hear from a teacher, Suzanne, a non-Muslim who's joined a group called "Mothers All Equal", which campaigns for Muslim women to be allowed to wear the veil. It's "very sad" and "very, very bad", she says, what's happening to Muslim women in France now. We hear briefly from the other side of the argument - from a female senator from the Radical Left who supports the tightening of the ban on the niqab, doing so on the principle of neutrality and secularism. Then it's right back to a Muslim woman from "an anti-Islamaphobia group" who recounts more grievances. John re-stresses the word "Islamophobia" before ending (in a downbeat voice) with concerns that French secularism is turning intolerant. A clearly biased report. 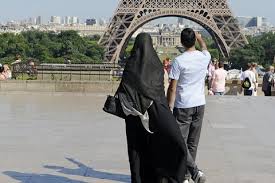 7.36 The call for forgiveness. The story of Maureen Greaves, whose Christian faith has compelled her to forgive the brutal killers of her husband, Alan. She believes they are made in God's images and can, she hopes, be delivered into God's hands. "A truly remarkable woman", William calls her at the end of the interview. Indeed.

7.42 Pope Francis. After a very warmly-worded introduction from William, we hear about the new pope from his biographer, Paul Vallely - a director [like Edward Stourton] of The Tablet. Paul tells a Tabletista tale of how Francis transformed himself from "a very authoritarian" figure who "ruthlessly" hammered supporters of liberation theology into a champion of the poor and an "icon of radical humility". His role in the Argentine dirty war, when he cut off two Jesuits who were subsequently tortured by the military, led to exile and his transformation. What we have seen since has been Jorge Bergoglio's "atoning" for what happened to those two Jesuit liberation theologians - a transformation from what William [in a question] calls a "reactionary" into a champion of the poor. William then asks Paul Vallely about how Pope Francis is transforming the Vatican. Paul Vallely extols his efforts so far and tells William that Pope Francis is now reaching out to the liberation theologians. He's "rehabilitated" them. A happy ending all round then, by the sounds of it - especially for those at the liberal Catholic Tablet. [I do hope the programme isn't slipping back into bad habits again].

7.48 The Church v Wonga: Ethics in the wake of Archbishop Justin Welby's call for the Church to complete Wonga out of business via credit unions. We hear Labour's John Battle and Dr Eve Poole. Mr Battle is a champion of credit unions and Eve Poole was full of praise for them too - both agreeing that they are "morally better" than the pay day loan companies, providing "alternative economics for the common good", as John Battle puts it. A harmonious ending to Sunday, with both guests singing from the same hymn sheet. [Not exactly impartial broadcasting though.] 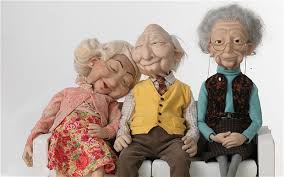 There was, inevitably, nothing about Sikhs or Hindus - and, again, nothing about Jewish concerns. Muslim concerns were the only British minority religion raised (as usual).