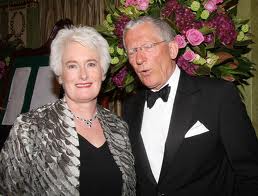 As soon as I saw last night’s BBC1’s schedule, which advertised two back-to-back food+poverty-related programmes, I bit into a juicy 50p Jazz apple  from M & S knowing we were in for some heart-rending Disney poverty and some heavy-handed pro welfare state propaganda. 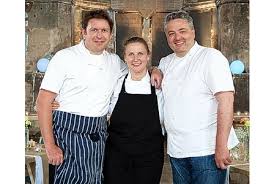 Celebrity chefs and Ordinary Folk acting out pretend ‘first encounters’ so that they look spontaneous, “Hellew, you must be Patrick”, “Can we just do that again?” and the lingering, prolonged shots of the fighting back of tears, accompanied for some strange reason by frantic hand-fanning, and most awkward of all, the ubiquitous hugging, which symbolises empathy without actually being empathy.
You see? This type of programme immediately turns me into Katie Hopkins, and I must say I do have certain feelings about names, although I wouldn’t go so far as to take it out on poor little Chardonnay.
Well, what I wanted to know was:
How much did the people who were left at the end of the week/month with £1.03 per person (or whatever) for food, have at the beginning of the week/month? I mean, six people for seven days = £43.26, which isn’t a lot, but dare I speculate that a bit of planning ahead might come in handy. No, better not. 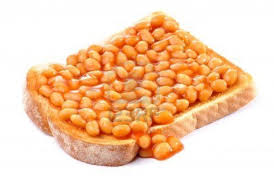 Richard Corrigan ignored the budget anyway and bought them a nice bit a salmon, not just any salmon. Prime, plump, boneless salmon fillet.
James Martin and Ange did the washing-up, which was nice. Well done for bringing in a dietician to tell the single mum that eating shovels-full of sugar was bad for the  health. What an original idea, someone must once have thought.
Hugs. Other reviewers have noticed that the banquet at the end was completely pointless and irrelevant, so I won’t rub it in.
Which brings us to the most predictable bit of social propaganda ever to come along and beat you on the bonce with a blunt cosh.
What were Margaret and Nick thinking? I expect they needed the money. So, can you imagine a programme that set out to tell you, in a seemingly impartial way, that people on benefits were not skivers or scroungers, and that even the resentful hardworking poor were ‘turned around’ by coming face to face with reality? Let’s call that programme A.

Can you imagine, on the other hand, a programme that set out to tell you that there are some genuinely worthy recipients of welfare who are struggling, and others who are taking the piss, and that some hard-working families on the minimum wage are struggling just as much, and are quite aware that some people are better off than they are without going out to work at all, but reasonably and rationally, sympathise with the worthy and resent the unworthy?  Let’s, for fun, call that programme B. But never mind, we aren’t going to see that one, we’re going to see number A. 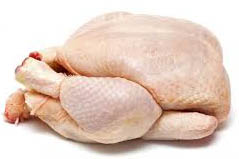 As someone already pointed out in a comment somewhere, the ‘hardworking’ lady’s lecture to Waynetta slob about the chicken was wrong-headed. Richard Corrigan should have come over and smacked her with a wet salmon. Any fule no that a whole chicken can provide an army with several nourishing meals for the best part of a decade, whereas a chicken fillet costs an arm and a leg and is quickly gone; and one swallow does not a banquet make.